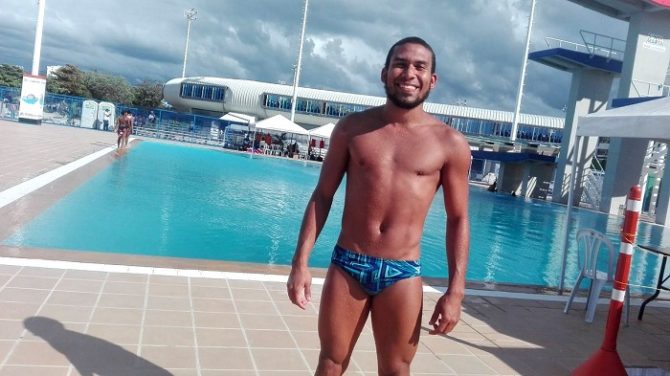 Bio: Olympic diver from Venezuela. He competed in the 2012 Olympics and again in 2016 in the 3m springboard. Paez took up diving at an early age, and as a teen, he noticed an attraction for some fellow divers, an attraction he quickly suppressed. After competing in the 2016 Olympics, he emigrated to the US, settling in Seattle. He continues to train as a championship diver, aiming for the 2020 Olympics.

Coming Out: In an essay for OutSports in April 2018, Paez explained why he needed to come out publicly. Like so many men and women, he’d struggled for years with undervaluing his sexual orientation and its importance in his life. “Many times we as gay men,” he wrote, “fearing who we really are, find a girlfriend to make our family believe that we are what they call a ‘real man.’ I wish I could show other gay men that we are not deceiving anyone, but we are cheating ourselves of being faithful to who we are as people…Being gay does not make us less as a man, or girls less as a woman. Being gay is not a disease. Accepting ourselves and respecting ourselves are big first steps…

Life is too beautiful to be hidden in a closet.”

Related: Olympic diver Robert Páez comes out, says “life is too beautiful to be hidden in a closet”

Making a Difference: Though by no means the first Olympic diver to come out (Hello, Tom Daley!), Paez’s honesty comes with a huge risk. In his native Venezuela, in the midst of an economic and political meltdown, there are no laws to protect against discrimination. Same-sex marriage is outlawed, queer people are banned in the military and forbidden to adopt as openly gay people. He may not be welcomed in some quarters upon return visits to the distressed nation, when in fact he should be hailed as the champion he is.

Popular opinion in Venezuela still finds homosexuality unacceptable, and without laws to protect against hate crimes, queer people often become the target of violence. Paez hopes his example can show Venezuela that gay men are healthy, happy people who can achieve at the highest levels in sports and in every aspect of life.

First I thought about my mental health. When I was 18 I knew that I was not going to lose anything by telling my mom I’m gay. What really made me come out [publicly] was my own happiness that screamed at me it’s time to be yourself. Once I realized that I told everyone in my family, and of course they accepted me. [Coming out] gives you the freedom to be who you are without any restraints.