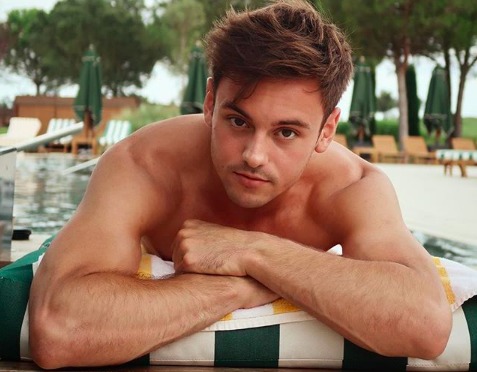 This just in: Tom Daley‘s been keeping a secret from us.

He and Dustin Lance Black have been quietly working on a documentary about their journey to fatherhood.

Related: Twitter is filled with hate and outrage as Tom Daley and DLB announce the birth of their son

The guys welcomed their first child, Robbie Ray, earlier this summer. He was born via surrogate.

The film, which is being produced by the BBC, features the new dads discussing the homophobic backlash they suffered, as well as their first days as parents.

In the documentary, Daley will also confront critics of same-sex surrogacy and travel to places where it is illegal. He’ll also challenge U.K. laws that ban couples from placing ads for surrogate mothers or paying them.

“Surrogacy changed Tom and Dustin’s life, but as proven by the backlash they received it’s still a divise subject, particularly where LGBT couples are concerned,” a source tells The Sun.

Related: Less than a week after becoming a dad, Tom Daley is accused of “child abuse” by trolls

The source continues: “With this documentary, Tom hopes to broaden minds, discover exactly why people are against surrogacy, and–after keeping a dignified silence so far–challenge some of his fiercest critics head on.”

Production on the documentary is already underway. It is scheduled to air sometime next year.