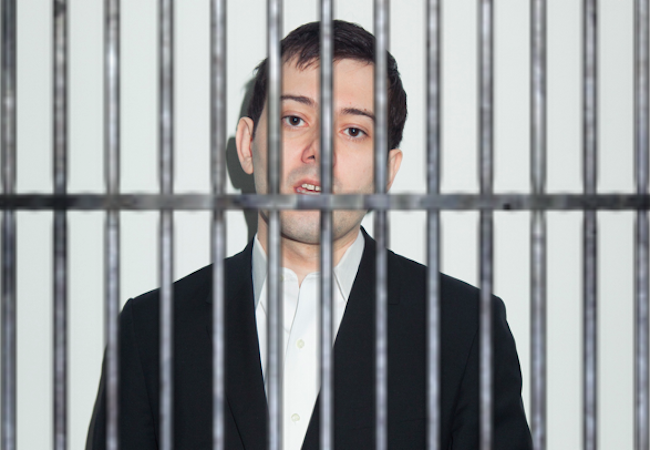 Hallucinogenically unpleasant “Pharma bro” Martin Shkreli is grabbing headlines again, this time for a vague threat he made against Hillary Clinton.

Related: Pharma Bro” Martin Shkreli found guilty of fraud and nobody is more shocked than him

Shkreli had written on Facebook that he’d happily dole out $5,000 to anyone who plucked out Secretary Clinton’s hair during her book tour.

Now the 34-year-old will spend a considerable amount of time in a jail cell; however long it takes for his case to play out.

Shkreli gained notoriety when he decided to hike up the price of an AIDS medication –the 62-year-old drug Daraprim — from $13.50 to a whopping $750 while running Turing Pharmaceuticals.

In August, he was convicted of both securities fraud and a conspiracy count.

Judge Matsumoto ruled his remarks about Clinton would “cause a reasonable person to have concern”:

“The fact that he continues to remain unaware of the inappropriateness of his actions or words demonstrate to me he may well be an ongoing danger or risk to the community.”

According to the New York Daily News, Shkreli’s attorney, Ben Brafman, pleaded for around 20 minutes requesting a social media ban, but the judge remained firm.

“He should be apologizing to the government and Secretary Clinton,” the judge said.

“He is soliciting an assault on another person in exchange for $5,000.”

“I can’t say with any certainty that the threats have not been taken seriously by anybody.”

Until next time, Shkreli.