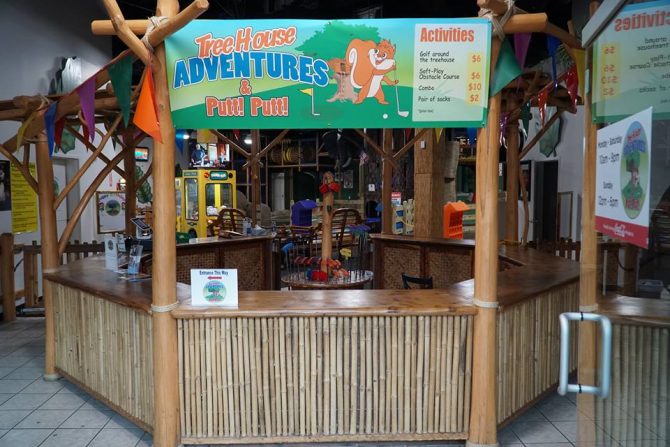 A Georgia couple has cried foul over treatment at a Savannah mall.

Victoria Torres and Tuyen Nguyen recently took Torres’ five-year-old nephew to a play area owned by Treehouse Adventures. As they watched the child frolic, Torres put her arm around Nguyen and began to read a magazine. That’s when things got out of hand.

A daycare chaperone approached the couple and ordered them to stop, claiming that their behavior made the children uncomfortable. The argument quickly escalated.

“There were plenty of couples there,” says Nguyen. “But they decided to talk to us about it. We were just sitting there reading a magazine.”

“It was not only embarrassing, it was hurtful,” Torres adds. “You’re just being yourself…it’s never happened to me before.”

Nguyen and Torres eventually left after a verbal argument with the chaperone.

“To explain to my nephew what had happened and why people do that and why you’re not accepted everywhere you go… it’s hard,” says Torres.

Ben Saborio, owner of Treehouse Adventures, denies that homophobia played a role in the couple’s treatment. Rather, the playground employs a strict no-PDA rule, with a sign posted near the door explaining affection must stay at the “PG-level.”

He also admits that he ordered the unidentified chaperone to confront the women, fearing a “language barrier.”

“That was a really really tough situation,” says Saborio. “I really struggled. It wasn’t easy. But I welcome anybody. I don’t hate anyone.”

“Maybe I didn’t handle it in the right way. My wife wasn’t here. I was afraid to approach them and say something wrong that would be offensive.”

In the wake of the incident, Yelp has exploded with negative reviews of the playground and accusations of homophobia.

Meanwhile, Treehouse Adventures issued a statement on its official Facebook page apologizing for the “unfortunate incident” and calling it an “isolated case” and then denying they ever kicked the couple out.

“We understand that we were caught on an unfortunate incident involving claims of discrimination against the LGBT community,” the statement reads. “This isolated case is hurting our business review and reputation.”

The statement continues: “Then the chaperon reported to management (Ben) that a couple was being inappropriate; that particular chaperon asks them to stop, and they decided to leave and blame our business. In no way these individuals were ask to leave by management. This was a decision made by them.”

Torres and Nguyen have not yet decided if they will file a discrimination lawsuit.