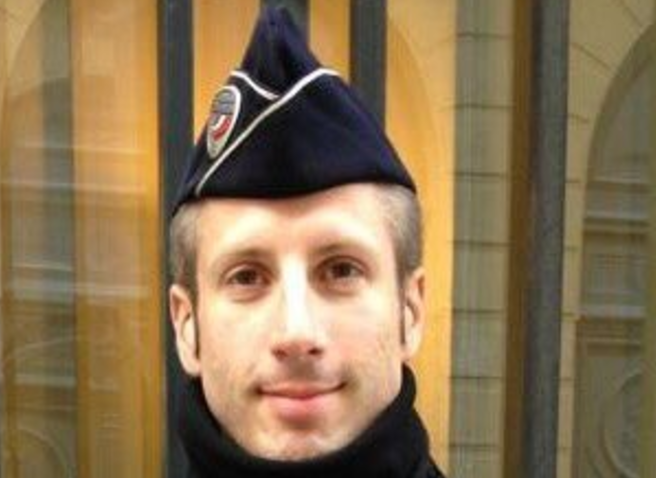 The police officer murdered in Thursday’s ISIS attack on the Champ-Elysees was openly gay and a proud advocate for LGBTQ rights.

According to the New York Times, 37-year-old Xavier Jugelé was “mourned on Friday by friends and fellow officers.”

“He was a simple man who loved his job, and he was really committed to the L.G.B.T. cause,” said Mikaël Bucheron, president of Flag, a French association for lesbian, gay, bisexual and transgender police officers. “He joined the association a few years ago, and he protested with us when there was the homosexual propaganda ban at the Sochi Olympic Games,” Mr. Bucheron said.

Born in 1979, Jugelé was raised in Romorantin-Lanthenay in Central France, the son of a former member of the armed services.

He was in a civil union and the couple had no children.

According to The Telegraph, Jugelé was shot in the head after being sent to guard the Bataclan following the terrorist attack.

“When I learned that it was one of us [who had been killed], it was shocking. Every time a police officer dies in the line of duty, all of us are very moved and affected by the tragedy. But the emotion is even stronger when you knew him and he was a member of the association.”

Officer Juglé joined protests against Russia’s ban on “homosexual propaganda” before the 2014 Olympics. He also went to Greece to help police officers deal with migrants who had crossed the Aegean Sea and were seeking shelter in the European Union.

A bystander and two other officers were injured during the attack.