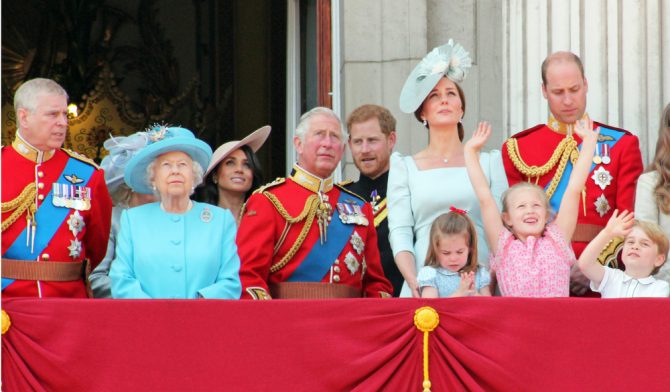 Then then became the first British Royal to have a same-sex wedding last September when he and his partner, Scottish flight attendant James Coyle, tied the knot in the chapel of Mountbatten’s Bridewell Park country estate.

Now, in an interview with Tatler magazine, published just ahead of the couple’s one year wedding anniversary, Mountbatten is opening up about how the royal family has responded to his relationship with Coyle.

Asked whether he thought coming out had been good for the family, Mountbatten replied, “Well, you would hope so!” Then he added, “But then they don’t really talk about it. I mean, the royals, they don’t communicate very well.”

Unlike his first marriage to ex-wife, Penelope Thompson, to whom he was previously married for 16 years and shares three children, no royals attended his wedding to Coyle, though Prince Edward and his wife Sophie had planned on being there before some scheduling issues arose.

It’s all good with Mountbatten, though. He says his children have been nothing but supportive, which is what matters most.

“I think they like having another man in the house,” he said. “Better than a stepmother who could have turned out to be a step-monster.”