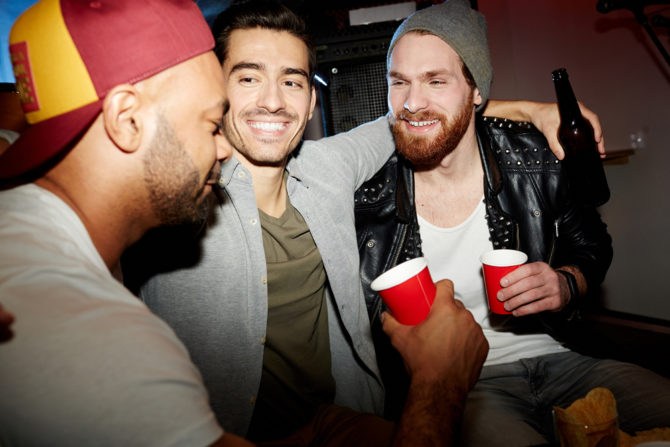 “Is it fair to slut shame a guy who scores with someone he met through a Grindr date–say, the date’s friend?” That’s what Jeremy Helligar wants to know.

To make a long story short: Helligar recently met up with his friend and his friend’s friend, Liam, for dinner and drinks while traveling through Bangkok. The guys had a great time. At the end of the evening, Helligar’s friend left and Helligar ended up going back to his hotel room with Liam.

“It felt natural and easy and old-school,” Helligar writes in a new think-piece. “Two guys, introduced by a mutual friend, forming a connection over the course of several hours.”

The next morning, his friend sent him a text:

Actually i am a bit disappointed that my grindr date had to sleep with my friend but what am i thinking? He is a typical tourist and so are you.

That’s when Helligar realized he had unknowingly stolen his friend’s Grindr date.

Immediately, he was overcome by guilt.

“Had I known I had interrupted a date, I would have made my excuses and left before the tequila shots,” he says. “Belatedly armed with that knowledge, I apologized for my part in my friend’s disappointment.”

Of course, more than a few questions remained. Like, for instance, why didn’t his friend mention he was on a Grindr date to being with? Why did he invite him on his Grindr date in the first place? Is it really fair to be upset over a guy who doesn’t technically belong to either of them? Was their friendship doomed?

I hated that I’d inadvertently caused emotional grief. Even more, I hated that I didn’t share his disappointment in Liam for being, as Liam himself jokingly put it, “a whore and a heartbreaker.” Damn. I hated that my strict adherence to the bro code meant I couldn’t see Liam again.

Luckily, Helligar’s friend forgave him for the mixup and they were both able to move on. The experience ultimately reminded Helligar of his deep distain for apps like Grindr, where things like honesty and etiquette standards don’t always seem to apply.

“It may work for some people,” he writes, “but once again, it had worked against me. Even when I meet a guy off the grid, it can still end up ruining everything.”

What are you thoughts on all this? What are the rules when it comes to hooking up with a friend’s Grindr date? Is it OK? Why or why not? Sound off in the comments below…