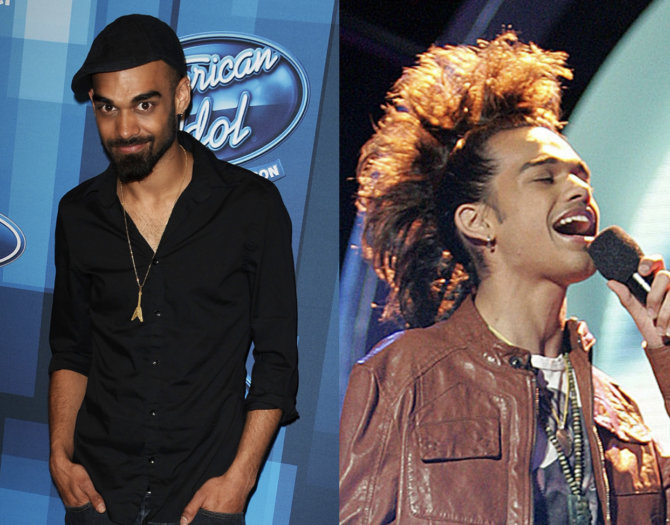 The 32-year-old American Idol alum spoke about his sexuality in a recent appearance on the Adam Sank Show podcast.

“I identify as bisexual,” Sanjaya, who appeared on the reality singing competition in 2007 when he was just 16, said.

“At the time, I did not know, which was why it was so weird for me… I was raised by women, I was in theater, I had a hard time figuring out how to interact with young boys.”

He added, “Everyone [kept] telling me that I’m gay, and I’m, like, seven. I’m ,like, I don’t even have any attraction to anyone, so why are you telling me this?”

Sanjaya went on to explain that, at the time of his Idol season, he was actually dating a teenage girl. But that didn’t stop people from speculating he was gay.

“I was exploring my life as a child, and then American Idol happens, and everyone’s like ‘He’s gay.’ And I’m like, ‘Well, now I have to say “No.’ Because at this point, they’re forcing me to make a decision, and to define myself.”

He continued, “I grew up in a time when being called ‘f*ggot’ in school was the worst thing that could ever happen to you.”

Today, Sanjaya works as a pastry chef in Montana. He says bullying is something he had to endure during his entire time on Idol, and that it all started with Simon Cowell, who called his teenage singing abilities “utterly horrendous.”

“I definitely had quite a bit of verbal abuse from stepdads growing up,” Sanjaya recalled. “So I was really good at letting it kind of wash off my back.”

“Obviously, it affected me. But more than what Simon said, what was perpetuated online by haters… like, the people that loved me were so balanced by people that were literally starving themselves until I got cut from the show.”

“So that effect that I had as a child on that many people had way more of an effect on me than the things that Simon was saying.”

Sanjaya went on to say that, even to this day, he hasn’t discussed his sexuality with his parents. Although he doesn’t expect they would have an issue with it.

“At this point, I don’t care what people know of my sexuality,” Sanjaya says. “If I got into a serious, long-term relationship with a guy, I would bring him to my family, and they would be like, ‘Oh, cool.’”