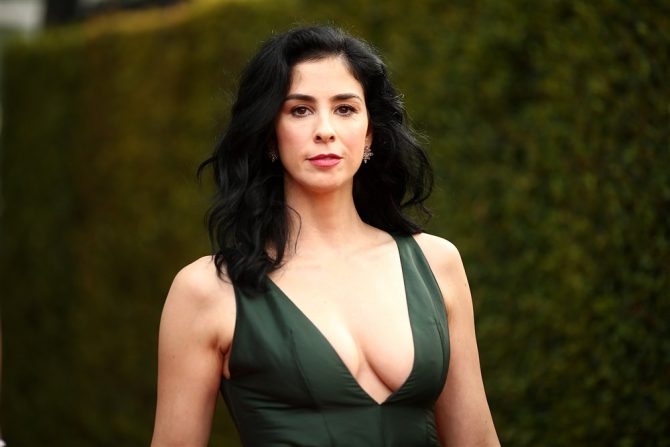 After building her career on cracking jokes about other people’s identities, often by using racist and homophobic language and stereotypes, comedian Sarah Silverman is looking forward to the day when people stop holding her past against her.

During a recent episode of “The Bill Simmons Podcast,” 48-year-old Silverman bemoaned cancel culture, saying people are too quick to write others off for their past mistakes.

She continued, “You have to ask yourself, ‘Would I want this person to be changed, or do I secretly want them to stay what I deem as wrong, so I can point to … myself as right?’”

“There’s so much to be genuinely outraged by, but you have to say, ‘Is the action I’m taking here creating change or creating further division?’”

Of course, Silverman has quite a backlog of racist and homophobic jokes that weren’t all that funny at the time and certainly haven’t aged well, including a 2007 skit where she wore black face (she now says the looking at the skit makes her “feel yucky” and recently cost her a job) and homophobic tweets like this:

Last year, Silverman addressed her homophobic past, particularly her frequent use of the word “gay” as a punchline during her comedy act.

She continued, “And then I heard myself and I realized I was like the guy who said ‘What? I say colored…I have colored friends.’ And I realized it was stupid and I’m certainly creative enough to think of other words besides that, that don’t hurt people. But I f*ck up all the time.”

Speaking to Simmons, Silverman says she hopes people will eventually be able to move on from the mistakes of her past, which she has apologized for many times and says she has “devoted my life to making it right.”

“I’m not saying, ‘Don’t hold me accountable,’” she said. “I held myself accountable. I can’t erase that I did that, but I can only be changed forever and do what I can to make it right for the rest of my life.”

She added, “I’ve always said that if I look back on my old stuff and don’t cringe, there’s something wrong. If you’re putting yourself out there, it’s not going to be timeless — it’s just not.”