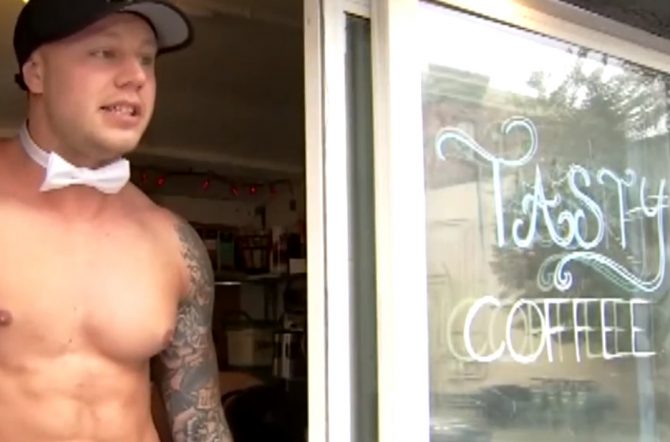 A Seattle coffee shop featuring shirtless baristas has opened up following the closure of an all bikini barista location.

Dreamboyz Espresso features, according to the company slogan, “hot guys serving hot coffee.” True to form, the men all go shirtless while taking orders and serving up brews at the cafe, which has become Capitol Hill’s hottest new location…on several levels.

Dreamboys Espresso spun off, so to speak, from Ladybug Bikini, a chain of coffee stands featuring women in bikinis as baristas. When the Capitol Hill location failed, the owners retooled the business to feature men instead.

Related: 30 tweets about gays and iced coffee that are absolutely 100% accurate

“I worked for Starbucks a couple years back and I really enjoyed being a barista,” said employee Brandon Peters. “I definitely like the idea of equality with it now, there’s a male stand and female stands, so I mean I really like it and I think it’s a cool form of a little bit of entertainment with your coffee.”

Already the location has attracted a following, and the owners have announced plans to open more shirtless male locations in the future, which makes us wonder…can we order a venti with extra cream?