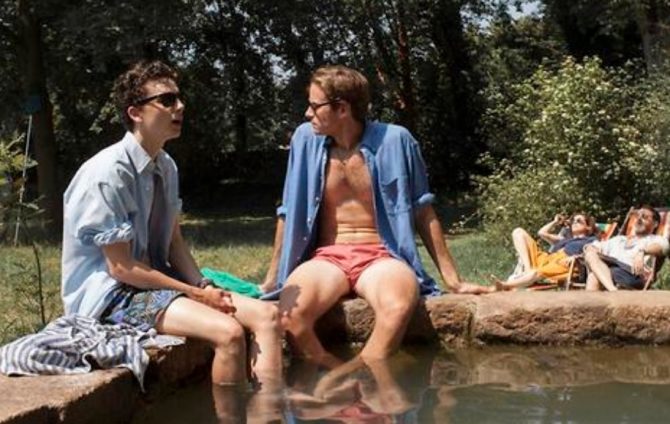 While there has been plenty of rumor and speculation whether Luca Guadagnino will direct a follow-up film to 2017’s achingly sweet gay coming-of-age drama Call Me By Your Name, the same ambiguity doesn’t apply to the book it’s adapted from — the novel of the same name is definitely getting a sequel, and it’ll be released in October 2019.

Novelist André Aciman has confirmed that he’s well underway in writing the new work, which is titled Find Me.

“In Find Me, Aciman shows us Elio’s father Samuel, now divorced, on a trip from Florence to Rome to visit Elio, who has become a gifted classical pianist. A chance encounter on the train leads to a relationship that changes Sami’s life definitively. Elio soon moves to Paris where he too has a consequential affair, while Oliver, now a professor in northern New England with sons who are nearly grown, suddenly finds himself contemplating a return visit to Europe.”

A pivotal scene in the film version of Call Me By Your Name comes when Elio’s father, Samuel, gives Elio some words of encouragement in regards to experimenting with sexuality. You get the sense that Samuel wishes he had had the same opportunity to explore. Could this “chance encounter on a train” be with another man? We’d say there’s a very strong possibility that’s the case.

“The world of Call Me By Your Name never left me. Though I created the characters and was the author of their lives, what I never expected was that they’d end up teaching me things about intimacy and about love that I didn’t quite think I knew until I’d put them down on paper. The film made me realise that I wanted to be back with them and watch them over the years.”

Related: Twitter is coming up with hilarious names for the ‘Call Me By Your Name’ sequel

Meanwhile, the cinematic follow-up may not end up happening. Just this week, Armie Hammer, who played Oliver, said:

“The truth is, there have been really loose conversations about it, but at the end of the day, I’m sort of coming around to the idea that the first one was so special for everyone who made it, and so many people who watched it felt like it really touched them, or spoke to them.

It felt like a really perfect storm of so many things, that if we do make a second one, I think we’re setting ourselves up for disappointment. I don’t know that anything will match up to the first, you know?”

And now we leave you with this CMBYN gag from a recent episode of Comedy Central’s hilarious show, The Other Two: