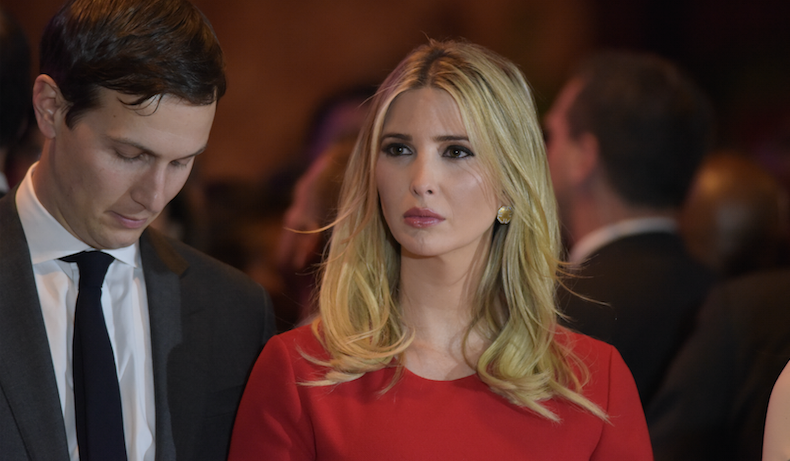 Neither of them happened to be home, but that didn’t deter attendees.

Here’s how the official Facebook page described the party:

Last Tuesday, the Trump administration passed an Executive Order rolling back environmental regulations and slashed funding to the EPA, essentially halting the Federal progress the US has made in slowing the pace of climate change and on promoting clean energy.

In response, get ready to shake what your Mamma Earth gave ya and WERK it for climate justice!

As protestors wielded “Protect Trans Kids” and clapped to Queen’s “We Will Rock You,” neighbors poured forth from their elegantly-appointed homes to slice across their well-manicured lawns and see what all the damn commotion was about.

Many of them were jolly cross. As The Washington Examiner reports, an 82-year-old man was filmed shouting, “Get the fuck out of here!”

The neighbors around Ivanka Trump’s house are upset. One of them started yelling at my friend who was just recording with me to leave. pic.twitter.com/w6s9yL6qfj

But not all the neighbors were displeased. New York points out that one lady named Dianne Bruce was positively tickled, watching from her front steps — which conveniently happens to be directly across the street from Ivanka and Jared’s place.

See her luxuriating in her opulent furs, grinning from ear to ear as she clutches her glass of fine wine, overlooking the city she has so recently conquered.

She is really, really happy about this: 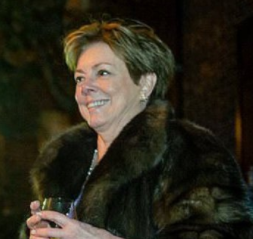