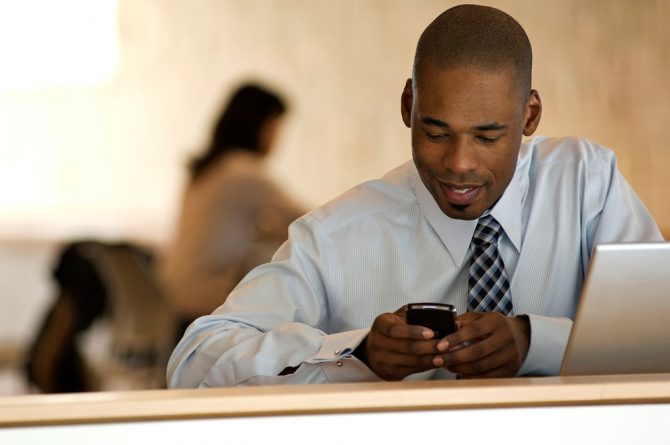 An ongoing debate over how to fund a proposed new bridge in Alabama has just taken a very gay and a very sexual turn.

For months, lawmakers in Alabama have been debating how to fund a proposed new $2.1 billion bridge that will stretch across the Mobile River.

AL.com reported back in May:

The project involves building a 2.5-mile-long, six-lane cable stay bridge that stands 215 feet above the Mobile River. The bridge would be among the tallest in North America, and only five feet shorter than the 220-foot height of the famous Golden Gate Bridge in San Francisco.

One proposed idea for covering costs was to charge motorists a $3 to $6 toll for using the bridge.

NBD, right? There are toll bridges all over the country, including three in Alabama.

Wrong! Someone very opposed to the idea has sent not one but two anonymous emails to lawmakers claiming that if state employees would stop trolling for sex online they could find a way to pay for the bridge that didn’t involve charging motorists.

The email sent from “notollbridge@gmail.com” claims that naked photos of alleged state employees are linked to why the state can’t fully fund the I-10 bridge connecting Mobile and Baldwin.

The group surmises that if only state workers weren’t “spending state time and resources sending and receiving nude photos and seeking sex” the state could pay for the bridge.

According to the cryptic email, “Our [the group’s] IT professionals in the Block the Toll Group … has discovered” sexual solicitation during office hours.

“The reality is we could have no tolls if state employees were productive and not spending state time and resources sending and receiving nude photos and seeking sex,” the email alleges. 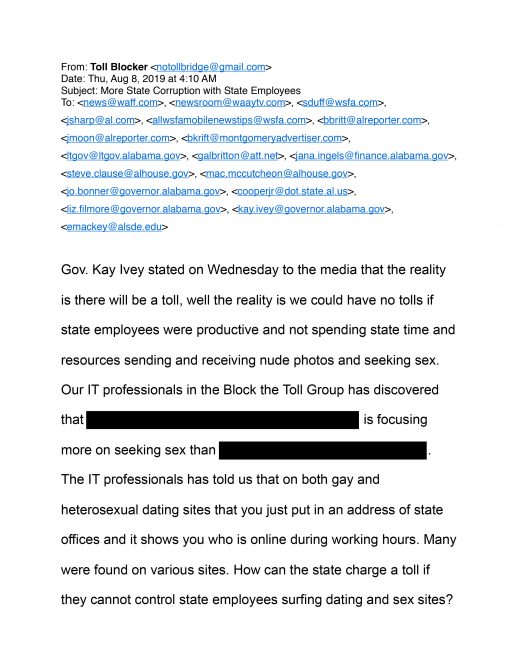 A second email claims that one state worker in particular has been posting on a gay dating site, which is even more scandalous, since this is Alabama we’re talking about.

“How can the state charge a toll if they cannot control state employees surfing dating and sex sites?” the email reads.

The sender claims to have received the information from data stolen from a particular state agency’s computer; however, a forensic sweep of the agency’s servers found that none of its computers were not compromised and that allegations were false.