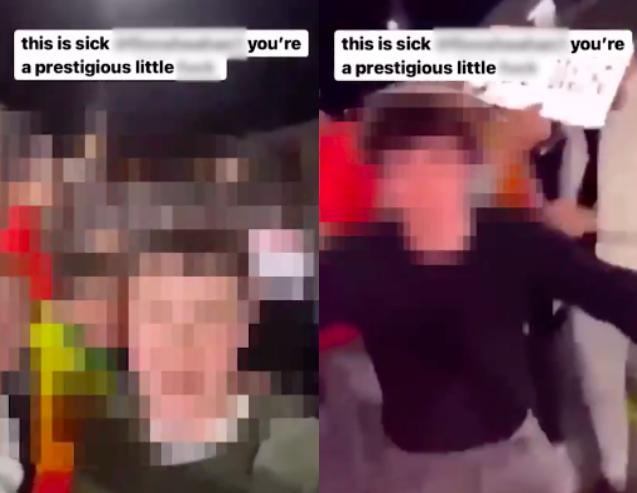 A private school in Dublin, Ireland is being pressured to take disciplinary action against a gang of students who recorded themselves mocking one of their classmates on camera after he came out as bisexual.

In the clip, which was posted to social media earlier this week, roughly 10 teenagers can be heard chanting “for he’s a jolly good f*ggot” over and over and over at a young man, who is draped in a rainbow flag.

According to Dublin Live, the young man had recently come out as bisexual and did not consent to having himself recorded or having video of himself uploaded onto the internet for the whole world to see.

But his classmates did it anyway.

They also called him “sick” and a “pretentious f*ck.”

One student from the school, who was not involved in the incident, said they were “shocked” to see the video circulating online.

“The people behind this video are by no means friendly or friends with the boy who has just come out,” the student said.

They added, “The whole school is in shock over this. And it’s something that needs to be dealt with quickly.”

The school has not issued any comment on the disturbing incident.