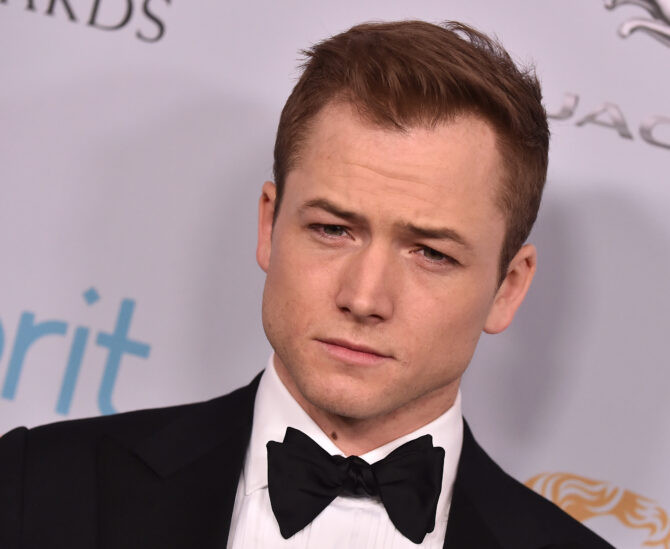 Clad only in a towel, the Rocketman star grooved to the Bee Gee’s 1977 hit “More Than A Woman.”

The clip quickly found its way to Twitter, where it proved to be quite a hit:

Here’s how some viewers reacted:

I going have to lie down now for an hour or two.

Now THIS is the reason The Goddess gave us social media!

I’ve never wanted to be a towel so bad

Am I pregnant now?

Egerton’s physique, which he appears all too happy to share with fans, has added fuel to rumors he’ll soon join the Marvel Cinematic Universe as the next iteration of Wolverine.

Men’s Fitness reported: “The Welsh actor’s newly jacked physique has once again prompted widespread speculation that he is getting ready to make his debut in the Marvel Cinematic Universe as the newest incarnation of the beloved X-Men character Wolverine. Egerton, who is friends with legacy Wolverine actor Hugh Jackman after starring alongside him in Eddie the Eagle, has been at the center of casting rumors for years now, although he has downplayed them in the past.”

And last month at Comic-Con, Wolverine director Matthew Vaughan said, “I think Taron could do it in his sleep. Aaron Taylor-Johnson could do it as well. I mean, I think Aaron or Taron would be my first two choices [of who] could do it really well.”

Egerton, for his part, seems less convinced he’s perfect for the role. At a 2019 Chicago Comic-Con event, he said, “I think that I love those films and I’ve got lots of friends who play roles in those films and they love it and they have a great time.I think the Logan thing is really interesting. I’m slightly baffled by it, I’ve never felt like a Wolverine sort of guy.”

Perhaps all that time at the gym has changed his tune.