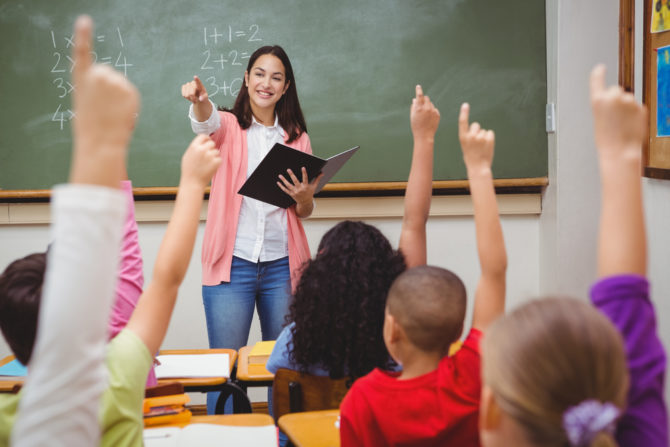 A middle school teacher from upstate New York has been suspended from her job after going a little too in-depth during a recent sex ed lesson.

Health teacher Jacqueline Hall invited a speaker from the Pride Center of the Capital Region to talk to her middle schoolers about sex in the LGBTQ community. The well-intentioned speaker came armed with handouts that included a handy list of definitions to words like “lesbian,” “transgender,” and “cisgender.”

Also on the list was the word “bottom,” which the handout defined as “a person who is said to take a more submissive role during sexual interactions.”

Understandably, some parents weren’t so cool with their pre-teens being taught what a “bottom” is in a gay relationship.

Sirrell Fiel, a father of one of the students, tells NBC News: “This is something my 11-year-old definitely does not need to know in health class. … I understand there’s gays, there’s straights, but I don’t need it being brought into a classroom, to where we pay our tax dollars for you to teach stuff, to my kids years before they should even know about this stuff.”

Honestly, this may be the first time we’ve ever agreed with the overzealous parents on an issue like this.

Superintendent of Schools Vincent Canini says covering LGBTQ topics is part of the District’s curriculum, but acknowledges that perhaps teaching the 11-year-olds what a “bottom” is took things a little too far.

“The District teaches gender identity and many other health topics to its students as required by the New York State Education Department,” Canini says. “There was a list of ‘Common Terms and Definitions’ in the materials distributed which contained street jargon, slang, or sexual positions which we do not believe were age appropriate to the middle school students being taught.”

He adds, “All educators bear a responsibility to teach required curriculum, but to also ensure that the materials used to do so are age appropriate to the students involved.”

What do you think? Did teaching the 11-year-olds what “bottom” means go too far? Share your thoughts in the comments section…