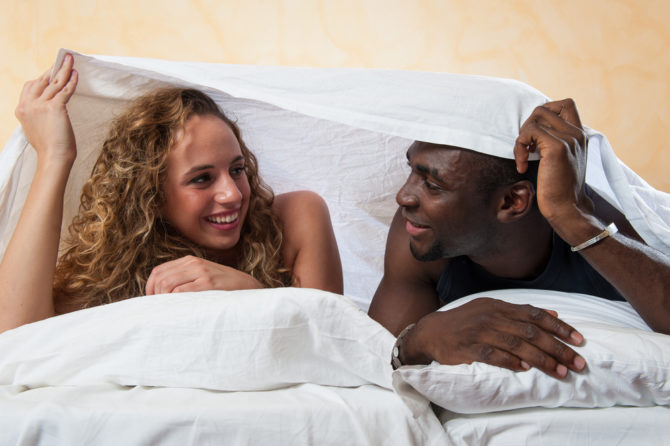 A new Reddit thread titled “How does straight sex work?” boldly asks the question gold star gays have been wondering for years:

And now, ladies and gentlemen, the responses…

“The woman sticks her boobs inside of his butt, I think,” one person writes.

To which someone else replies, “Instructions unclear. Boobs wrapped around ankles. Send help.”

Related: 13 Things We Learned From The Bi Dude With Two Penises’ Reddit AMA

“Straight sex is just like gay sex,” another person explains, “minus all the things that make gay sex hot and fun.”

“I’ve never witnessed it, but it sounds gross from what I hear,” someone else adds. “I’d rather not think about it.”

Another person writes: “It’s a perversion of nature, and they’re influencing children to be straight like them.”

Do you know how many straight people put kids they make up for adoption? Nearly 100% of all kids for adoption are from straight couples. Worse yet, it’s a similar figure for abortions. Yet the right wingers hate gays? Makes you think…

“Don’t be so melodramatic,” another adds. “I was actually raised by a straight couple and I still grew up perfectly normal. I think straight couples can usually be almost as good role models as gays.”

“But should they be allowed to marry?” someone else asks.

“The guy spends a lot of time and, usually, money proving his interest in the girl,” someone explains.

Then there’s this thoughtful response:

I see guys with girls and all I think, wow what must that be like. Not in a bad way; I mean that would be an entirely different life, so I wonder. And I hope they’re happy. But it’s not for me. As long as we’re all happy and consensual.

Related: Man wonders if his 250+ sex partners is a ‘high amount,’ so he asks the Internet