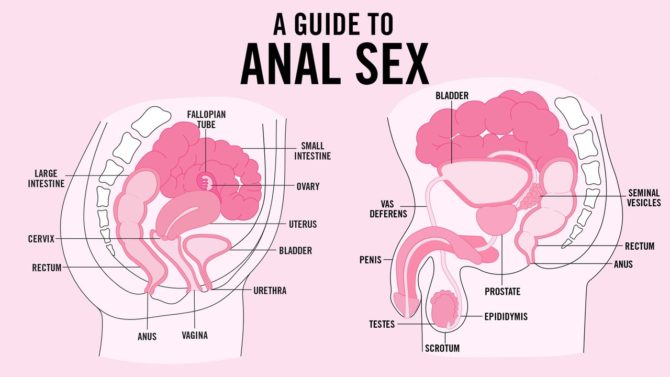 What follows is a step-by-step primer for curious beginners that starts with the basics: go slow at first, lube is your very best friend in the whole wide anal-sex world, and maybe expect a little bit of poop but don’t totally freak out:

There’s plenty of by-the-numbers outrage on Christian site The Stream, and editors clearly worked  overtime on the histrionic headline: “The Predator in the Fashion Magazine: Teen Vogue Coaches Teenagers in Sodomy.”

“Wake up, Moms and Dads! A magazine produced for your teenage daughters is giving them explicit instructions on how to be sodomized.

It is teaching them to be used by a guy, in a very dangerous way, for his pleasure and satisfaction. It is giving the clear message to every teenage boy that it’s perfectly acceptable to sodomize a girl, to use her, even physically hurt her for the sake of an orgasm.

“It is glorifying as good, normal and healthy, the harmful practice of homosexual sex.”

Smug, stomach-turny YouTuber Wild Smile also published an interminable video on his channel that surmises “this is a bit creepy to push on teenagers, if I am being honest.”

Someone over at The Independent is also jolly cross:

“Our responsibility as adult women influencing the next generation is to raise them up to be confident in their self-worth, and fighting against a culture that seeks to define them by their sexuality and what they can do for men,” author J.J. Barnes writes.

Regardless of whether they consider their vulva to be part of their woman’s body, their clitoris exists, and they are more than just a hole for a penis.”

Of course, the magazine’s audience isn’t just teen girls. Readers include gay men, older women, and trans people, too. And in recent history, the magazine has been building a respected name for itself with incisive political articles and thoughtful commentary like “Donald Trump Is Gaslighting America.”