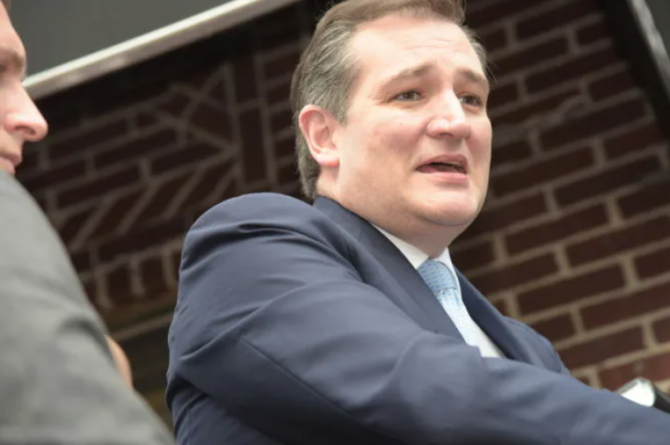 One day after landing in Cancún, Mexico with his family, the Texas senator is reportedly set to fly back to Houston. The quick turnaround could have something to do with the level of outrage sparked by his last-minute getaway, escaping to warmer climes as his constituents, millions of whom are still without power and heat, fight for their lives through a winter storm of biblical proportions.

On Wednesday night, photos taken earlier in the day of Cruz and his family preparing to board a flight bound for the resort destination began making the rounds:

Just confirmed @SenTedCruz and his family flew to Cancun tonight for a few days at a resort they've visited before. Cruz seems to believe there isn't much for him to do in Texas for the millions of fellow Texans who remain without electricity/water and are literally freezing. pic.twitter.com/6nPiVWtdxe

These were taken at 4:10p today, per this screenshot. The flight was at 4:45p, coming out of Houston. pic.twitter.com/EWA5iBiUm1

It was later reported that Cruz requested a police through the Houston airport, perhaps to avoid hearing comments like these:

Imagine being a “public servant” and knowing how blindly loyal to partisanship your base was, that it gave you the absolute BALLS OF STEEL to take your family to CANCUN while your entire State was in a literally State of Emergency?! “Don’t Tread On Me”. Lol.
Yeah right.#TedCruz

People are freezing to death on the streets of Texas. Ted Cruz is in Cancun.

Could he make how he feels about regular people any more obvious?

According to Punch Bowl’s Jake Sherman, there’s now a “Cruz, R” listed on a standby list for a business class upgrade on a Thursday flight from Cancun to Houston. For the record, Ted’s full name is Rafael Edward Cruz.

Here’s the upgrade list for this afternoon’s flight from Cancun to Houston.

That’s assuming that “cru, r” is him. And I do. pic.twitter.com/CqfKa5rJfG

He’s going to need the extra room in business class to accommodate that tail between his legs.

The state Democratic Party has called on Cruz to resign, tweeting, “Texans are dying and you’re on a flight to Cancun. #TedCruzRESIGN.”

Earlier this week, Cruz made headlines when he admitted he had “no defense” for a tweet mocking victims of natural disasters.