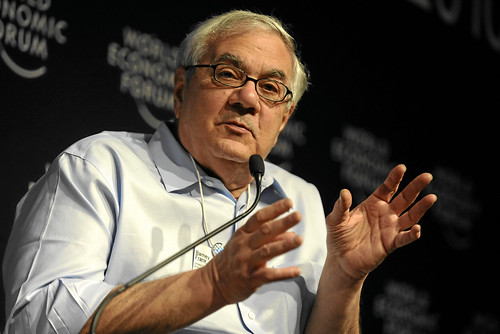 Now that Barney Frank is retiring from Congress, who can we turn to for bitchy comments? Frank is the only member of Congress who could deliver “All-About-Eve” caliber dialogue amid a sea of Caddyshack wannabes.

But it’s more than the bitchy comments that we will miss.  Of course, there’s the pioneer aspect. Frank was the first member of Congress to voluntarily come out, in 1987, at a time when it was daring (and politically risky) to do so. Doing so proved that not every gay man looked like he stepped from the pages of GQ.

But more than that was Frank’s political savvy. The repeal of Don’t Ask, Don’t Tell, the passage of hate crimes legislation and the fight for marriage equality all owe a lot (and in some cases most) to Frank.  Whether you agreed with his decisions or not—and in the case of ENDA, with it’s transgendered omission, many did not—he knew what was possible in a politically complicated environment. He also knew how to deflect homophobia deftly, as in the time when he dismissed then-Rep. Dick Armey’s calling him “Barney Fag.”

What Frank understood better than just about all of his peers was the business of legislating. He has a deep appreciation of the law-making process and of the institution of Congress, if not all of its inmates. His love of the system would have been a ticket to the top, if he were straight. When Frank came out, Tip O’Neill, then Speaker of the House, said Frank could have been the first Jewish Speaker, but that was out of the question now.

Apparently, the lavender ceiling only cracks so much. In addition to Frank’s well-known disdain for fools, this bit of history may also contribute to Frank’s ongoing swipes at Newt Gingrich, the faux-intellectual who did become Speaker of the House.

Faced with a tough reelection battle in a newly redrawn district, Frank decided to opt out of an election run after 30 years in Congress. You know things have really gotten bad in Congress when Frank complains it’s too partisan. Frank is one of the Democrats’ most reliable bulldogs. But he also has managed to cross party lines, forging working partnerships with Henry Hyde and Ron Paul.

Frank has had his less-than-sterling moments, of course. It’s never great when your boyfriend is running an escort service out of your house, although when you come out later in life, mistakes someone in their 20s might make look a lot worse. And his political partisanship could trump gay principle. He has always defended President Obama’s actions on gay rights, even when Obama could have used a little nudge.

Probably the worst example was when Frank stumped for John Silber, the Democratic candidate for governor in 1990, despite Silber’s well-polished reputation for homophobia. Frank always seems to believe that any Democrat is better than any Republican. While that may be increasingly true as the GOP lurches further and further right, it hasn’t always been so.

Despite the economiums from gay groups, Frank was often been critical of their tactics, calling them out for being politically naive (and for not agreeing with him). He criticized the Millenium March in 2000 and HRC’s contributions to Republicans—you disagreed with Frank at your own peril.

So despite all his flaws, we will miss Barney. He may well be the smartest man in Congress (a low bar, we know), and no one else is likely to say what everyone else is really thinking. Agree with him or not, you have to respect him. He may ever return the favor.