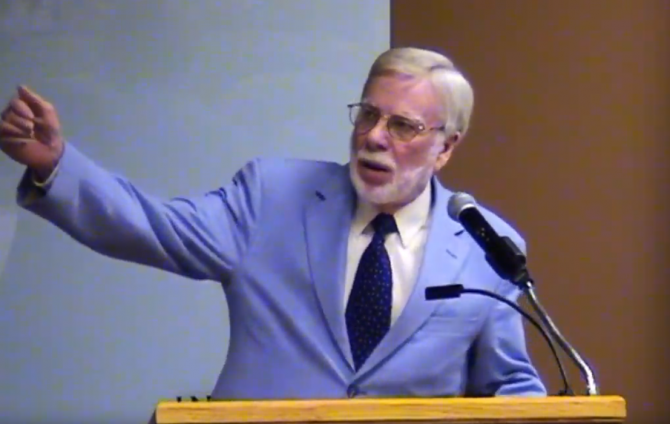 The all-too-aptly named Don Boys, a former Indiana State Representative, published a wacko post on his blog Common Sense Today earlier this month, denouncing Buttigieg’s lifestyle of “perversion” and calling on the presidential candidate to disclose more about his sexual practices.

“Pete and his lover chose to make their perversion a very public matter,” Boys says in the post. “They really worked at it. Pete said, ‘I’m gay as a—I don’t know, think of something really gay—that’s how gay I am.’ Remember, Pete brought this up so I, as a voter, have a right to know just how ‘gay’ Pete is. After all, he wants to be President of the United States and I want to know where he stands on important issues.”

Boys goes on to claim that homosexuals live 20 years less on average than heterosexual people and warns readers that Buttigieg may not live out his term if elected. He also wants Buttigieg to release his medical history, including if the candidate has any STDs. Boys also claims that homosexuals love “rubbing or ingesting the feces” of sexual partners and that almost half of gay men love fisting or inserting gerbils into the rectum of a partner. He further says that Buttigieg should make clear that he is not into golden showers. Apparently, Boys doesn’t mind that Donald Trump actually is into the practice according to an MI6 dossier.

Boys also refuses to acknowledge the marriage of Buttigieg to husband Chasten. He also ends with a plug for his anti-Muslim book, Muslim Invasion: The Fuse is Burning. In lectures, he has also claimed that if a woman doesn’t scream during rape, a man has done nothing wrong.

At the time of this writing, Boys’ post has only 16 shares since it’s May 15 publication. Somehow, we think that’s about 15 too many.