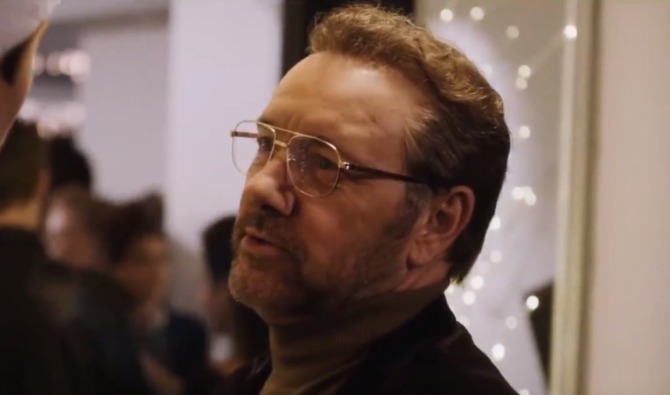 Are you ready for a Kevin Spacey comeback? No? Yeah, us neither. But it’s happening nonetheless.

The trailer for Spacey’s first film since he was blacklisted from Hollywood after being accused sexual assault by multiple men has just been released.

Billionaire Boys Club is a drama about a group of wealthy young men who get wrapped up in a Ponzi scheme in 1980’s Los Angeles. Spacey plays gay con artist Ron Levin. It is based on a true story.

Last October, Spacey was fired from Netflix‘s House of Cards after actor Anthony Rapp alleged Spacey had made a sexual advances towards him when he was 14 years old.

In response, Spacey apologized then came out as gay in an effort to distract from the scandal. Rapp’s allegations led to several other men coming forward with similar allegations about Spacey, prompting the 58-year-old actor to check into sex rehab.

Filming for Billionaire Boys Club began in December 2015, long before the allegations against Spacey ever came to light, and wrapped in January 2016. It will be released this August.

The movie also stars Ansel Elgort, best known for his role in romantic teen drama The Fault In Our Stars, along with Emma Roberts, Jeremy Irvine, and Cary Elwes, who plays Andy Warhol.