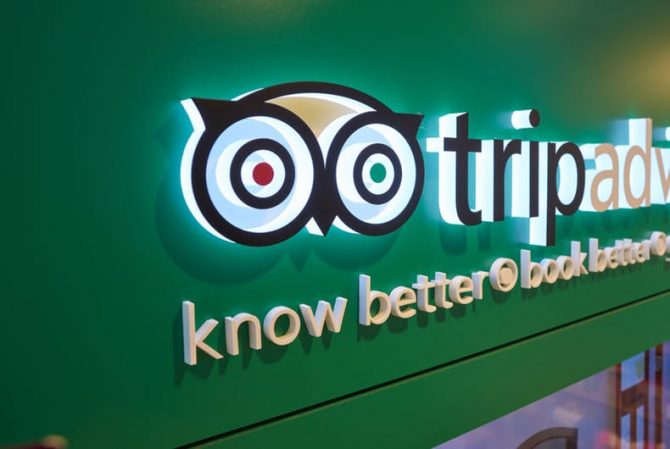 A number of companies including Netflix and TripAdvisor have rejected the suggestion that their businesses will sponsor Boston’s so-called “Straight Pride Parade,” and the latter has found a fairly cheeky way to do it.

Netflix, Lyft and TripAdvisor’s logos all appear on the website for Super Fun Happy America, the group behind Straight Pride, and an offshoot of white supremacist group The Proud Boys. Though the site lists the companies as “potential” sponsors, all three corporations have made clear they want nothing to do with the event.

Netflix sent an email to Super Fun Happy America which read “You should know that we’re unafraid of bullies. Our legal department is here, it’s queer, and it’s telling you to steer clear.” Lyft publicly denounced the event as “regrettable.” TripAdvisor sent a cease-and-desist letter to the group, which incorporated titles and lyrics from various pride anthems to order the group to remove their logo.

“TripAdvisor’s trademarks are protected in many countries around the world and Over The Rainbow, including in the United States under Registration Nos. 2727627, 3171193, 4612678 and 4454774,” Young continued. “We have become a well-known brand for our reviews of hotels, restaurants, experiences and even the occasional YMCA, but we weren’t Born This Way–we obtained that recognition through significant advertising and promotion since as early as 2000.”

“You Need To Calm Down — you are not sponsored by, associated or affiliated with TripAdvisor in any way, and thus, your use of our marks could confuse the public as to an affiliation with TripAdvisor,” Young went on. “These inaccurate statements, which I trust do not show your True Colors, infringe on TripAdvisor’s rights under the Lanham Act, and impinge upon our Freedom! to decide with what organizations we want to associate our brand. Have A Little Respect and remove those statements. TripAdvisor and I Will Survive without being associated with your event.”

Straight Pride attracted immediate controversy and criticism for its design as a mock queer pride event–a proposed parade will even follow the same route. A number of celebrities have rejected invitations or attacked the event as a hate rally, including Brad Pitt and Chris Evans.

from bad to worse
14 comments

from bad to worse
14 comments