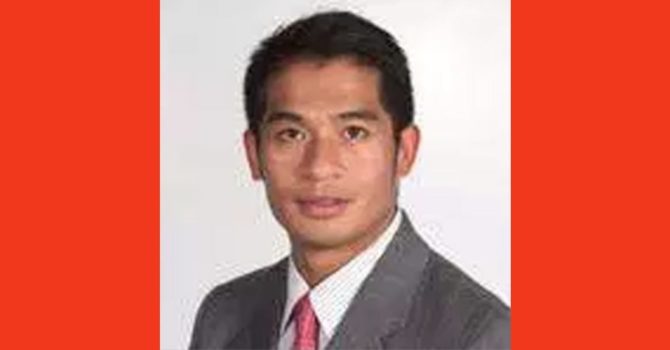 Trump nominated Bumatay to sit on the 9th U.S. Circuit Court of Appeals, the liberal-leaning San Francisco court Trump has openly attacked on Twitter during his presidency.

“Patrick would make an excellent addition to the court,” Gregory Angelo, president of the gay GOP group, told the Washington Blade. “The historic nature of his nomination as an openly gay man adds an additional layer of prestige to what by all counts is an exceptional career in law.”

California Democrats are not so thrilled.

Senators Dianne Feinstein and Kamala Harris have both spoken out against Bumatay’s nomination. Trump ultimately ignored the senators’ recommendations for this and other California judicial vacancies.

“I repeatedly told the White House I wanted to reach an agreement on a package of 9th Circuit nominees,” Feinstein said in a statement last week. She said “the White House moved forward without consulting me” and selected “controversial candidates,” and “another individual with no judicial experience who had not previously been suggested.”

“The decision to move forward with these nominees without consultation or responding to my acceptance of the White House offer reflects President Trump’s desire to remake the court,” Feinstein added.

“The Trump Administration is trying to pack the courts for years to come,” Harris said on Twitter. “We will fight this.”

The Trump Administration is trying to pack the courts for years to come. We will fight this. https://t.co/d1bOOVDtMJ

Bumatay clerked for U.S. Circuit Judge Timothy Tymkovich, a George W. Bush appointee who sits on the U.S. Tenth Circuit Court of Appeals, and U.S. District Judge Sandra Townes, another Bush appointee on the U.S. District Court for the Eastern District of New York. Bumatay graduated with honors from Yale University and obtained his law degree from Harvard Law School.

Bumatay is a member of the Federalist Society, the increasingly powerful conservative group that has had a heavy influence on Trump’s judicial appointments, including to the Supreme Court.

The powerful 9th Circuit has ruled against the Trump Administration’s travel ban, transgender military ban, and withdrawing of federal funding for sanctuary cities.

Here’s what Trump has had to say about the court:

It just shows everyone how broken and unfair our Court System is when the opposing side in a case (such as DACA) always runs to the 9th Circuit and almost always wins before being reversed by higher courts.

Well, as predicted, the 9th Circuit did it again – Ruled against the TRAVEL BAN at such a dangerous time in the history of our country. S.C.

…the Ninth Circuit, which has a terrible record of being overturned (close to 80%). They used to call this "judge shopping!" Messy system.

First the Ninth Circuit rules against the ban & now it hits again on sanctuary cities-both ridiculous rulings. See you in the Supreme Court!