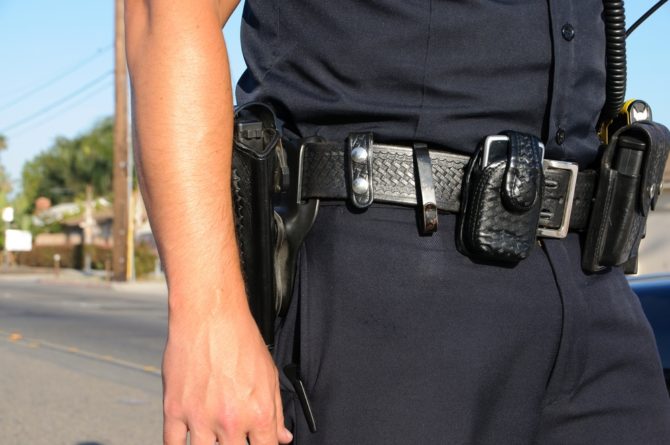 Five police officers from Mountainside, New Jersey and one employee are suing the borough, claiming they were subjected to years of abuse at the hands of two officers while the department did nothing to stop it.

Officers Thomas Murphy and Andrew Huber are accused of creating a “hostile work environment” that sounds like middle school bullying on steroids.

And aother time, “Huber stuck Big Blue in the male dispatcher’s face and hit him over the head with it. Murphy laughed and stated, ‘Get him,’ ‘What’s it smell like,’ and ‘I hope it doesn’t smell like what I think it smells like.'”

But the alleged abuse didn’t stop there.

“Murphy had a practice of taking his flashlight and ramming it into the anus area of other male officers,” the complaint continues.

As a result, many officers would walk with their backs against the wall whenever Murphy came around.

“On one occasion, Murphy hit Plaintiff Urban with the flashlight so hard that it hurt for Urban to sit down,” the complaint says.

Then there was what came to be known within the department as “braining.”

“This is a reference to Huber taking his testicles out of his pants and placing his testicles on someone’s food, drink or person,” the complaint reads. “Either Huber or Murphy would take a picture of [the other] ‘braining’ an item without the target officer’s knowledge.”

Huber is also accused of hiding “quietly in the bathroom stall of the men’s locker room completely naked” in hopes of “surprising another male officer who would then attempt to walk in and use the toilet.”

Both Huber and Murphy were eventually placed on an administrative leave of absence, but only after their higher-ups learned about the lawsuit.

In a statement posted to it’s website, the borough says:

In light of these new allegations and in the interests of avoiding the occasion for friction and discord in the Police Department the Governing Body has determined to place Officers Murphy and Huber on an Administrative Leave of Absence. Such action is not in any way designed to lend any credence to any of the allegations made in the Complaint. The Borough will continue the process of conducting a thorough investigation of all the allegations in the Complaint.