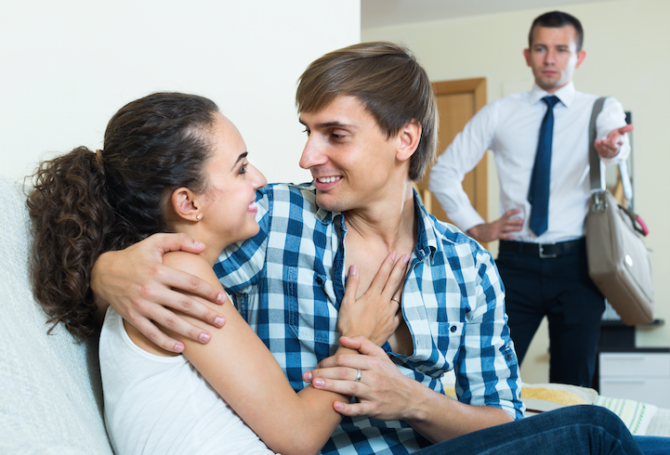 From the depths of the Internet comes this cautionary tale about the vast complexities of human sexuality.

A rightfully distraught husband has written for advice after catching his wife cheating on him in their own home. It’s a scene ripped out of countless TV shows and movies, except for one twist:

The man he caught his wife with is her “gay friend.”

I have been married to my wife for 3 years. We have a 1 year old child. I have always been faithful, and up until yesterday, I thought my wife was faithful as well. I am an engineer and sometimes I work on different ships. When that happens, sometimes I would be gone for weeks. I did stay in contact with my wife via video chat.

She never showed any signs that she was unhappy. In the last year, she started being friends with this “gay” co-worker. He would sometimes come by the house on the weekend to visit and they would go shopping. He even brought his boyfriend once. So, I was not prepared for what I saw when I came home earlier than expected yesterday, due to the work been done earlier than anticipated.

I got home around 9pm, and the first thing I noticed was that her friend’s car was parked in the driveway. I got out of the car and walked into a dark living-room. No one was anywhere in sight. I checked upstairs , in my son’s room, he wasn’t there in his crib. I checked almost everywhere, and still no sign of my wife or her friend. However, my heart was not ready for what I saw when I went down to the basement. My wife was on the bed, on her back and her “gay friend” was having sex with her. I got heated , but was able to restrain from hitting him. He picked up his clothes and ran out of the house. I asked her “where’s our son?” She took him to her mom’s house so she and her friend can sex. I want a divorce, but I have put so much into our marriage. She cried all night saying how sorry she was about what happened. She said she was lonely and things happened. What should I do?

“I guess he wasn’t too gay,” responded one reader.

Yup, that about sums it up!