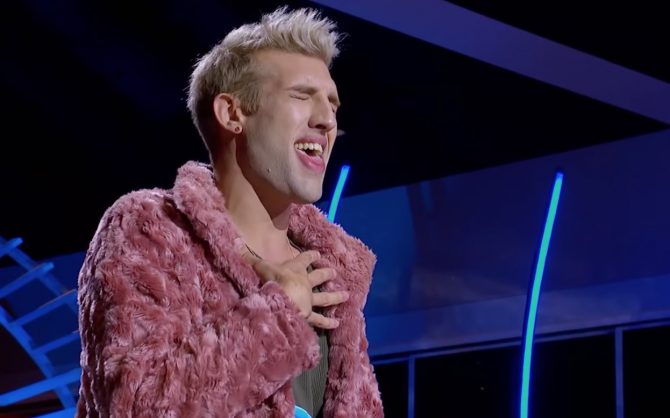 One week after American Idol audiences were moved by a gay church janitor’s song about finding his place in heaven, titled “Almost Heaven,” another out contestant, 23-year-old Jorgie, belted out an original jam about unrequited love… called “Heaven.” What’s going on here — what memo did we miss?

“My family doesn’t know that I’m gay, so this is a really big step for me,” Jorgie said in the audition intro clip. “It’s not just me calling them and telling them – it’s me actually being on TV and spilling the truth out. I’m here today to celebrate who I am and to end that era of being in the closet – because it’s not fun. I’m ready.”

Asked whether his dad knows he’s gay, he replied: “He doesn’t know anything about me. He’s gonna see me and find out about everything.”

Speaking about his song, “Heaven,” he said: “I wrote this song about a guy that I liked but he didn’t know because I wasn’t out, and it was just like, ‘my life would be heaven if you knew that I liked you.'”

“You’re real,” said Katy Perry after the audition. “You’ve got a real emotional voice. You just gave us serious pro.”

Lionel Richie chimed in: “When I say you nailed it, I mean, to the point of in awe. I love what you just did.”

“We love you just the way you are,” added Perry.