The Must: Welcome To Chechnya

Oscar-nominated director (and Pride 50 honoree) David France returns with his third documentary outing about the queer purges in Eastern Europe. Not only can LGBTQ people endure harassment, torture, and disappearing into prison camps anyone associated with someone suspected of being queer can as well. The film follows the LGBTQ underground there as it works to escort vulnerable people and their families to safe houses, and ultimately, out of the country. France, much like the activists he filmed, risked his own life to stay in the country. That knowledge, coupled with some very tense situations, gives Welcome to Chechnya the feeling of a spy thriller. Unlike a James Bond adventure, however, it’s totally real, and totally terrifying. Welcome to Chechnya also happens to be one of the best films of the year, and a must-see for anyone queer.

Jon Stewart of The Daily Show fame makes his inaugural bid as a director with this comedy starring Steve Carrell, Rose Byrne, and Chris Cooper. The film follows a Democratic political consultant (Carrell) as he decides to mount a mayoral campaign for a former Marine (Cooper) in a small Wisconsin town in hopes of starting a national trend. With him the whole way is Byrne’s Kellyanne Conway-like GOP consultant, obsessed with making him fail. Irresistible wants to satirize cable news, pundits, focus groups, and modern political discourse, and for the most part, it succeeds. It also happens to be very funny. With a real-life election looming in November, audiences may or may not want to subject themselves to a deconstruction of the political system. Those that can endure as much should have a good time.

A reader tipped us off to this web series about transgender folk in West Hollywood, which also happens to star Peppermint of Drag Race fame. Told in 2-3 minute episodes, Gayish 2 follows a transgender woman named Monica as she searches for housing and employment. Along the way, she encounters racism, sexism and transphobia, though no force can crush her spirit. Gayish 2 really could have been a short film; it only runs about 15 minutes from start to finish. As such, it can be enjoyed as a binge or in short bites. Either way, we really enjoyed it, and in a time where transphobia and racism have preoccupied the popular consciousness, we can’t recommend it enough.

The Historical: Ahead of the Curve

Frameline44 kicks off its virtual pride showcase this week with a special online & drive-in showing of Ahead of the Curve. The new documentary tells the history of Curve magazine—the seminal lesbian periodical, and of the woman who started it, Franco Stevens. Needless to say, Stevens got much more than she bargained for by starting a queer woman’s publication. The premiere of Ahead of the Curve comes as part of Frameline44, and the festival will allow audiences to stream the film online. The film will also have a special one night only drive-in showing on June 27 in Concord, CA.

The Happening: The FX Pose-A-Thon

Billy Porter & MJ Rodriguez host this special, one-hour look behind the scenes of the Emmy-winning drama Pose. Broadcast free of commercials, the virtual event will highlight the cast of the series, and the current plight of the transgender community. The show will also focus on three specific organizations working to improve transgender equality: GLSEN, Hetrick-Martin Institute, and Transgender Legal Defense & Education Fund. It’s a fun opportunity to celebrate pride, and a quick fix for anyone craving more Pose like we are.

The Chat: The Nod 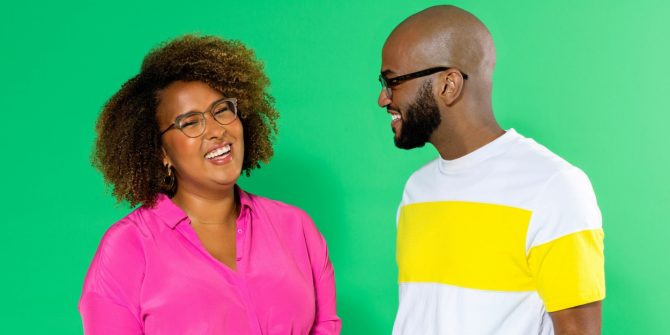 Celebrating pride month, the Quibi talk show The Nod has rolled out a series of special interviews with LGBTQ people of color. Chief among them: Dr. Francois Clemmons, best known as Officer Clemmons from Mr. Rogers Neighborhood. Clemmons tells his story of working with Fred Rogers and life as a closeted celebrity in the 1970s and 80s. Now, at age 75, Clemmons opens up about it all, and encourages others to live an authentic life. It’s a beautiful tribute to an unsung queer celebrity.

In a time of pride and turmoil, the world needs more LGBTQ rockers. Thank goodness then for punk rocker Jesse, an indigenous Canadian transgender man, who, along with his band Jesse Jams and the Flams, brings some much needed rock to the movement. This short film details Jesse’s personal story of growing up and coming out, as well as how he and his band prepare to play the Interstellar Rodeo. It’s an inspiring portrait of a young queer artist living life to the fullest. 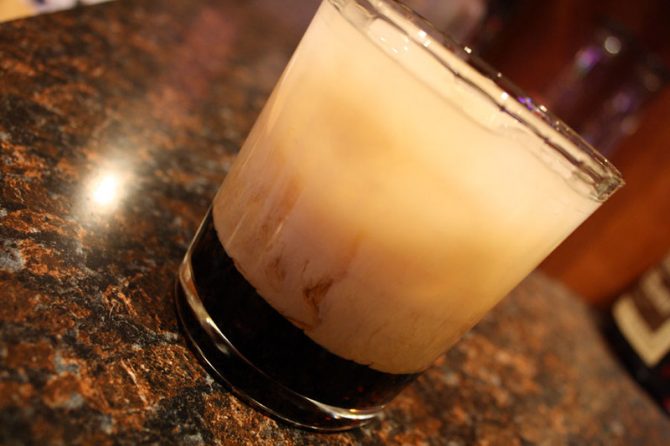 In solidarity with the LGBTQ Russian community, this week we propose a vodka-based classic. Rich, savory and tough, it’s a hell of a drink…just queer Russians.