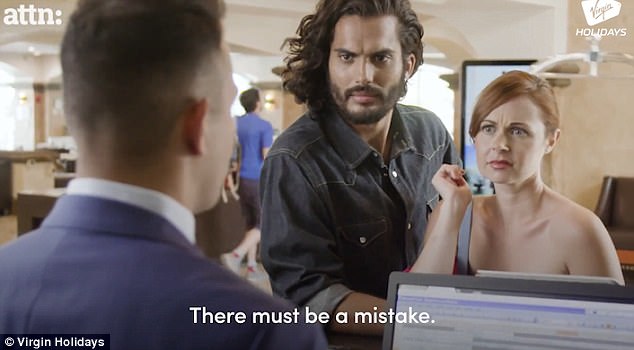 A new video by Virgin Holidays has flipped the script on straight vacationers by subjecting them to the same treatment LGBTQ people often deal with when traveling.

The video is in response to new research that finds an alarming number of LGBTQ people “go back into the closet” while on vacation out of fear of discrimination.

Related: United Airlines detained this gay dad for having his hands “too close” to son’s genitals

According to Virgin Holidays, one in three LGBTQ travelers have experienced some form of discrimination while traveling.

The research, conducted by Virgin Holidays with Attitude magazine, asked 1,000 LGBTQ people and 1,000 straight people about their travel experiences.

Most alarming: One in 10 said they’ve been threatened with physical violence.

“Everyone, regardless of their sexual orientation or gender identity, has the right to be whoever they are, wherever they are,” Virgin founder Sir Richard Branson said in a statement.

Check out the video…