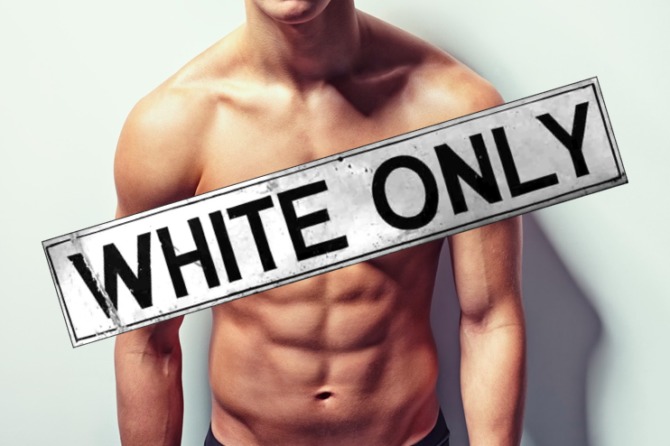 A public Facebook group for gay men is under fire for openly discriminating against people of color, San Diego Gay and Lesbian News reports.

“Muscle Bear” is a public Facebook group for (white) guys who are into hairy (white) muscular men with nearly 20,000 (white) members. When a person first tries to join, they are confronted with a series of questions/statements.

The first question is pretty straight-forward: “Wherea[sic]  are you from?”

The second is a link to an NSFW image of actor/model Matthew Camp.

But it’s the third statement that has people upset: “If you are Asian or African do not join the group because it will be blocked from this group.” 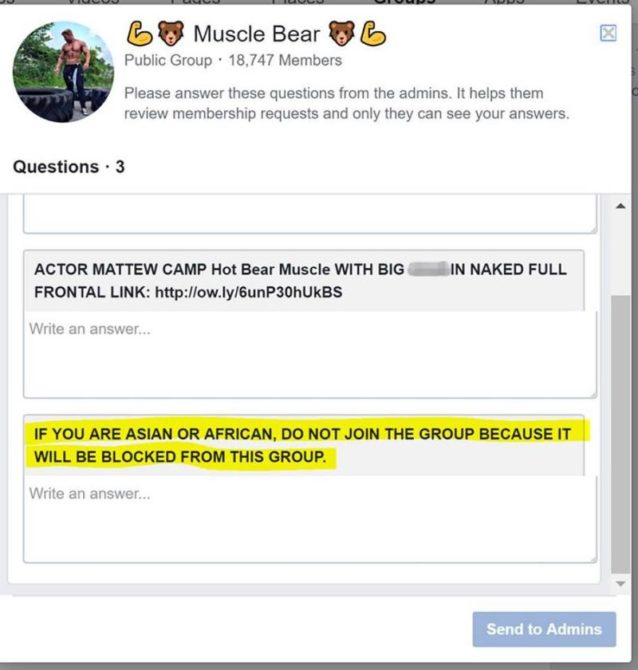 Once a person completes the questionnaire, they submit their request to join and the admins either approve or deny them access.

Matt Consola, who is a member of the group, recently commented that he’s concerned people will think everyone who belongs to the group is racist trash, like the admins.

Many long-standing members claim they never saw the questions when they originally joined.

Since the story broke, the group has removed the discriminatory statement. Of course, that doesn’t mean POC are no longer being blocked. It just means admins are no longer openly admitting to discriminating against them.