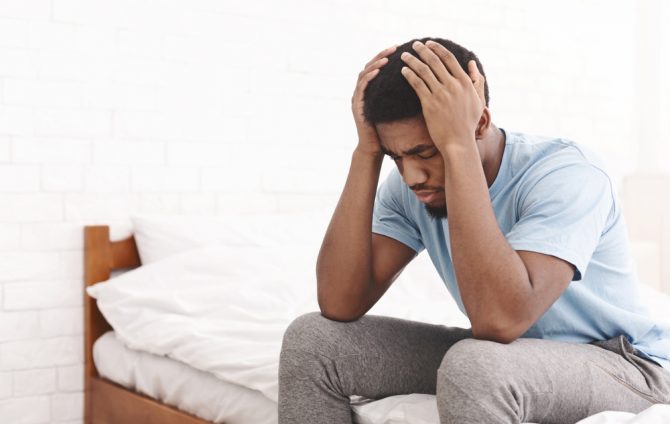 A husband feels slightly betrayed after his wife tried tricking him into having sex with another guy, so he’s writing to advice guru Rich Juzwiak at Slate for help.

“My wife is bisexual, and I’ve always been cool with her playing with other women, and sometimes other guys,” the man’s letter begins. “We have plenty of sex, so I know it’s not about me.”

He goes on to describe himself as “a one-woman kind of guy myself”, but recently, he says, “we had a couple over socially and things got a little heated.”

“My wife and the woman had fooled around before, but never with her boyfriend,” he elaborates. “I sort of figured we’d just watch, but then the guy put his hand on my thigh.”

Unsure how to respond, the man says he got up and left the room.

“I’ve never been with a guy and don’t think I’m interested,” he writes. “My wife was a little upset; she felt I was too closed off to experimentation. But shouldn’t this kind of thing happen with lots of communication?”

He continues: “I sort of suspect she and the other couple intended things to go in this direction, and I’m the only one who didn’t know. We have a pretty conservative background and our relationship is very unconventional in our world, so I’m not really sure of the ground rules.”

Now he wonders: “What should I do, in this instance and in potential future ones?”

In his response, Rich Juzwiak says he’s on the man’s side.

“Your wife might have even thought she was doing you a favor by giving you the opportunity to explore,” he writes. “But guess what? You didn’t want to! And guess what else? You don’t have to!”

Juzwiak goes on to say that his wife shouldn’t have pressured him into doing anything he might not be comfortable with without talking to him first.

“The risk she (potentially) took by springing a foray into bi play on you is that you wouldn’t take the worm (in this case, a dick). She should be happy that you chose the least awkward method possible of handling this by simply removing yourself.”

Because of this, he says, she has no “moral standing” to be upset with him for not wanting to participate in a MMWW bisexual fourway on a whim.

“From my perspective, you sound plenty open-minded,” he writes. “I would just check in, though, to make sure that you’re as open-minded as she needs you to be.”

All that being said, Juzwiak concludes by writing that if the man is, indeed, curious about being with another guy, he shouldn’t be afraid to give it a try.

“You’re very open to her exploring,” he writes, “you might want to grant yourself the same freedom.”

What advice would you give this guy? Share your pearls of wisdom in the comments section below…