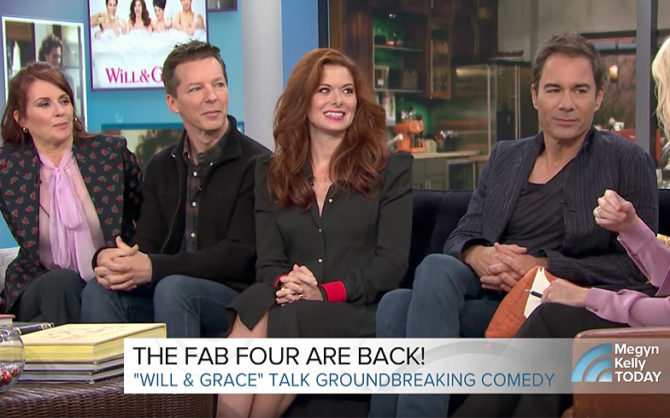 Something tells us America isn’t going to want to share its mornings with Megyn Kelly for long.

The one-time Fox News political commentator is trying her hand at the light-and-frothy slice of news media, on an NBC show attached to the TODAY brand, called Megyn Kelly TODAY. (Side note: A+ branding, guys.)

The new show has been on for all of eight seconds, and already a high-profile guest has spoken out about regretting appearing alongside the host.

On a Monday segment, Kelly welcomed the main cast of Will & Grace, where she proceeded to ask a superfan if the show had “made him gay.” She followed up at the end of the interaction by telling him that “the gay thing” was going to work out for him.

On Wednesday, Debra Messing posted a photo of a bowl of cucumbers from the Today Show green room with the caption; “Snack time! #presstour”.

A fan asked in the comments why Messing, an outspoken Democrat, appeared with Kelly, and Messing explained she “didn’t know” Kelly was involved until it was too late.

Megyn Kelly has previously said that she’s going for a “fun and uplifting vibe” on her new show.

The new Will & Grace premieres September 28 on NBC.