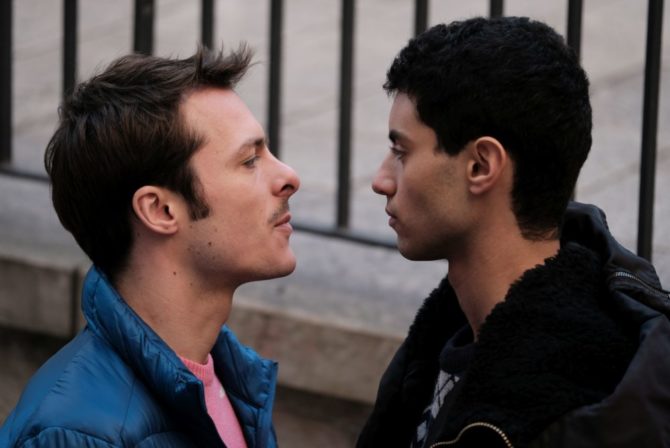 Fans of short film look no further than Woke, the Studio 4 French drama now streaming on Amazon that debuted in 2017 in Europe.

Woke (Les Engages) breaks some new ground with its storyline. The series centers on Hicham (played by Mehdi Meskar), a handsome gay Muslim living in Lyon. At 22, he can no longer bear the closet. He strikes out on his own to find Thibaut (Éric Pucheu), a LGBT-rights activist whom he once almost kissed.

Thibaut lives his life in the open, spending his activist days at the LGBT center. He spends his recreational time hanging out at local bathhouses (hey, he’s French).

While Hicham longs to belong, the gender fluidity, celebratory sexuality that Thibaut personifies terrifies him. 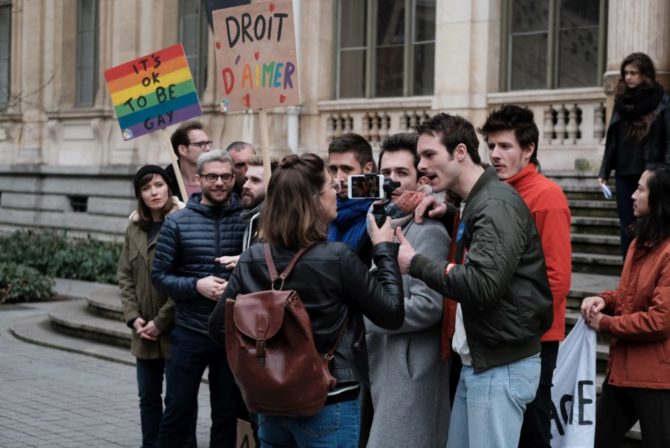 So do the radically different Thibaut and Hicham ever get together? No spoilers here, other than to hint that the story has more than a few dramatic twists that will leave you hanging on for more.

Woke streams on Amazon. Check out the trailer below: