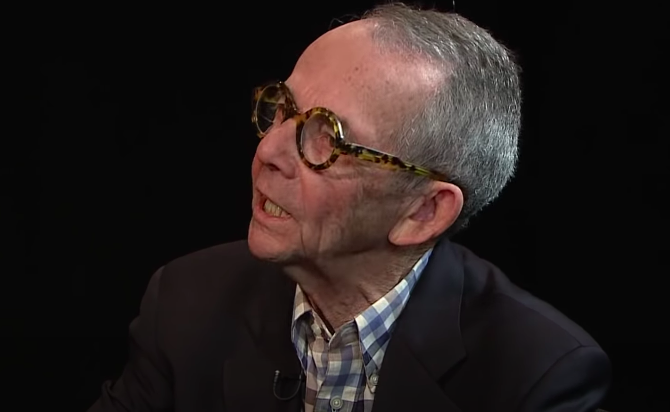 Writer Joseph Epstein made quite a fool of himself last week when he published an embarrassing op-ed in the Wall Street Journal trying to argue that Dr. Jill Biden wasn’t really a doctor because she doesn’t practice medicine.

“Jill Biden should think about dropping the honorific, which feels fraudulent, even comic,” Epstein wrote of the incoming first lady’s use of the title, which she earned when she completed her doctoral degree in education leadership from the University of Delaware.

Now, it’s been revealed that this isn’t the first time 83-year-old Epstein has embarrassed himself by writing an inflammatory op-ed on a topic he clearly knows nothing about.

In 1970, he published an essay in Harper’s Magazine in which he described LGBTQ people as “cursed” and “afflicted without apparent cure,” saying he wished “homosexuality off the face of the earth” and calling all gay people “n*ggers.”

“There is much my four sons can do in their lives that might cause me anguish, that might outrage me, that might make me ashamed of them and of myself as their father,” Epstein wrote. “But nothing they could ever do would make me sadder than if any of them were to become homosexual.”

His essay was denounced for its explicit homophobia shortly after its release. About one month later, in October 1970, members of the Gay Activists Alliance staged a sit-in demonstration at Harper’s headquarters in midtown Manhattan to protest the magazine’s decision to publish the piece, as well as its failure to issue an apology or subsequent essay countering Epstein’s views. The following year, Merle Miller, a former Harper’s editor, came out publicly in a lengthy personal essay for the New York Times Magazine that incorporated responses to Epstein.

Epstein has never apologized for his use of homophobic and racist language in his 1970 essay, but in 2015, he briefly touched on it in an op-ed published by the Washington Examiner in which he bemoaned “political correctness” and said the recent crackdown on bigotry “squashed discussion and in many realms of public life replaced ethics.”

As for Dr. Jill Biden, she’s not letting Epstein’s attacks on her education get the best of her. In a tweet yesterday, she wrote: “Together, we will build a world where the accomplishments of our daughters will be celebrated, rather than diminished.”

Together, we will build a world where the accomplishments of our daughters will be celebrated, rather than diminished.

Related: Jill Biden is the modern version of a gay icon that Melania Trump wishes she could be