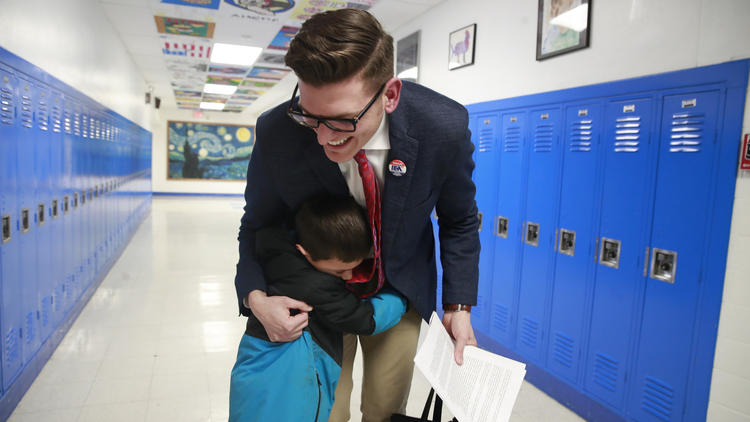 Over 100 students and parents showed up to support a beloved gay music teacher at a school board meeting in Illinois this week.

Parents and students from Prairie View Grade School in Burlington, Illinois rallied around 30-year-old music teacher Nathan Etter during Monday night’s meeting after be found himself embroiled in a months-long controversy.

The controversy? His husband sent him flowers at work.

To make a long story short: Etter’s husband sent him a bouquet on Valentine’s Day. After it arrived, some of Etter’s students asked where they came from. When Etter told them, a few first graders reacted negatively, saying things like “eww” and “gross.” So Etter decided to turn the situation into a “teachable moment.” 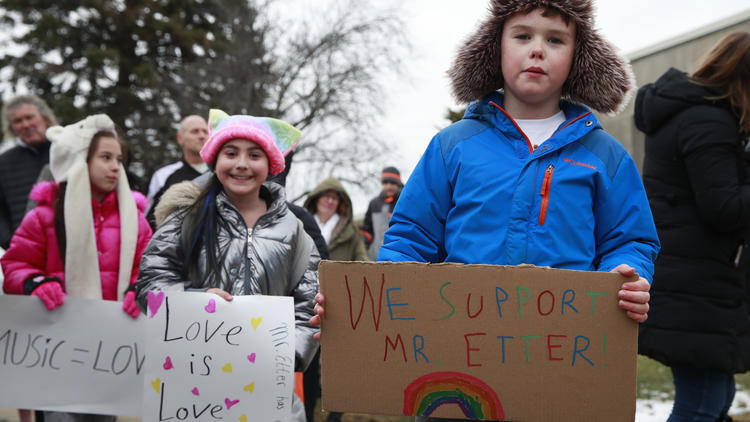 Etter, 30, who has been married to Philip Etter since August, said he used the interaction as a “teachable moment,” making very brief comments about respect and tolerance and explaining how some families have two moms or two dads.

According to administrators in Kane County-based Central Unit School District 301, the parent of one student contacted the district with “serious concerns” about Etter’s comments, prompting the principal to meet with the teacher to learn more about what had occurred.

According to the teachers union, the principal scolded Etter and then told him to “stick to the curriculum.”

Now, he wants an apology. And many people at the school and from the community agree.

In addition to showing up before the school board meeting for a “rally for equality” before Monday’s meeting, carrying signs that said things like “We support Mr. Etter” and “Respect for All”, many brought Etter letters of support and more than 30 bundles of flowers and gifts.

He also received a standing ovation. 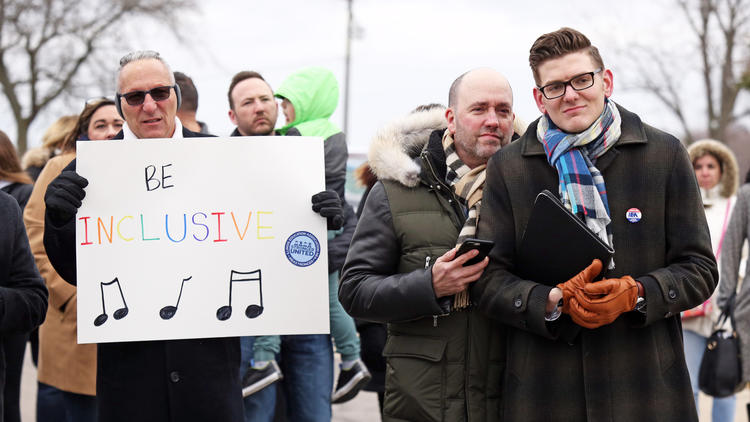 “This would never have happened if Nathan had been sent flowers from his wife,” Etter’s husband told location station NBC5.

School board President Jeff Kellenberger told the crowd at Monday’s gathering that “the district had no further concerns and considered the matter resolved.”

He also said that Etter’s employment “was never in jeopardy.”

“Discrimination, harassment, exclusion or intimidation in any form have no place in our schools and are not tolerated in District 301,” he said.

“There is nothing to protest here. We are with you.” Kellenberger added, acknowleding that district leaders “can always learn and improve.”