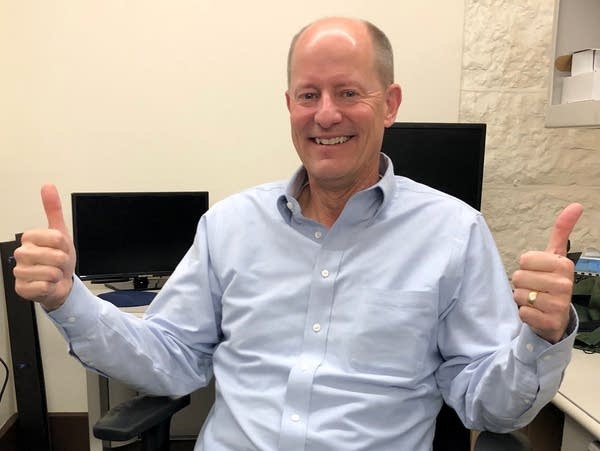 It’s 2020 and the Senate Majority Leader from Minnesota still thinks sexual assault and bad parenting turn children gay and that conversion therapy is a positive thing that more people should explore.

Gazelka, who once sent his own daughter to a “pray the gay away” clinic, gave the hour-long interview back in November, but it only recently came to light after the Minnesota Reformer published a story about it.

In the interview, the 60-year-old lawmaker spoke at length about a lesbian he knows who “was chained to a toilet as a like 2-, 3-, 4-, 5-year-old girl and raped by her dad, for years and years.” As a result, he said, she turned gay.

Gazelka also said he spoke to a gay man once who didn’t have a father figure growing up and was instead raised by his mother and grandmother. “We actually had a conversation that we could talk about the issues around the why and the what,” the senator said.

Later in the interview, things turn weirdly homoerotic when Gazelka described politics as a “spiritual battle” and said he’s “elbow deep” in his efforts to “connect to the gay community” and “plant a seed” inside of them that’s “oozing with the love of Christ and the truth of his word.”

To which an awed Wommack responded, “That’s awesome.”

The bigoted beliefs Gazelka expressed in this interview are exactly the attitudes that made it so difficult for me to come out and still make it hard for LGBT Minnesotans to simply be who we are. Paul Gazelka cannot claim to love the LGBT community while fueling the homophobia that causes our community to face heightened rates of depression and suicidal ideation. … How can Minnesota’s LGBT community expect compassion from a man who turned his back on his own child?