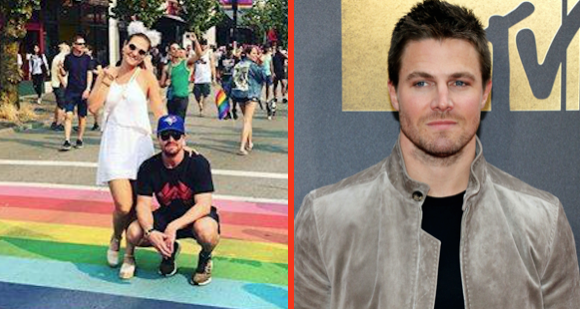 Stephen Amell is no stranger to Canada’s LGBTQ community — he got his first big acting break playing a spin instructor on Queer as Folk. These days he stars in the CW’s Arrow alongside John Barrowman, and you can count him squarely in the ally camp.

Amell was at Vancouver Pride over the weekend for the third-largest Canadian city’s 39th annual celebration.

He and his wife, former America’s Next Top Model contestant Cassandra Jean, had a blast at the parade, and stopped at one point to pose for a photograph. And since Amell actually had a festive balloon outfit on in other shots, we hope they snapped many more pictures.

They later posted this photo to social media: 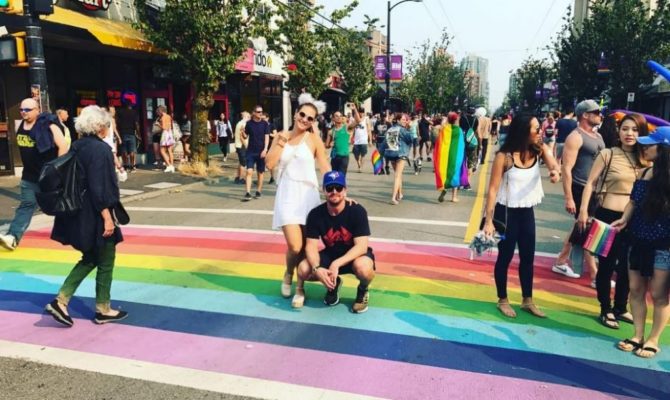 As far as Pride photos go, this is about as innocent as they come. But that didn’t stop the online homophobic trolls from trying to rain on their parade.

Except Amell was not about to let them so much as drizzle.

“So I’m scrolling through my page this morning and I was really taken aback by some of the back and forth commentary after I posted two photos from the Pride Parade / Festivities yesterday in Vancouver,” Amell wrote on Facebook.

“The vast majority were positive, but a laughable amount were negative. I had a fantastic weekend in Vancouver with my wife and friends, met some terrific people and more than anything just tried to soak in all the positive energy from people living their best lives.”

Then he made a promise to his haters that will put a smile on your face:

“If I’m in Vancouver next year I won’t just go back, I’ll walk in the parade,” he wrote. “So for everyone in their negative pants: Go be on the wrong side of history on somebody else’s Facebook page.”

Oh, he also meme’d himself: 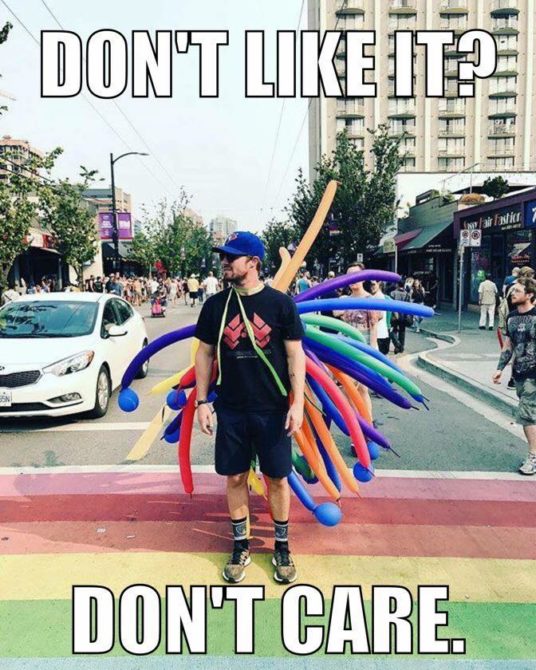