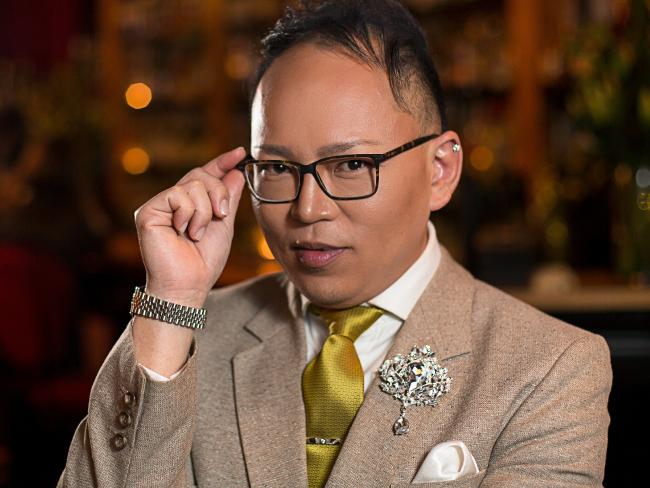 “I really feel the white race is the superior one today,” Alexander Montgomery says. “I only date white men.”

The 42-year-old is originally from Singapore but now lives in Melbourne. He is the author of the book True Confessions of a Potato Queen, which he says is the “the definitive textbook for any aspiring potato queen,” and recently appeared on the Australian reality show Date My Race where he discussed his zero tolerance policy for any race other than Caucasian.

Montgomery says he’s dated other races in the past, but a nearly 20 year relationship with a white guy has led him to believe that “once you go white, nothing else seems right.”

“To me white people are the epitome of class and the gold standard of desirability,” he says, adding that he knows “a lot of Asian guys who are like me.”

“How often do you see Asian guys and white guys together in public?” he says. “They’re everywhere. … Everyone goes, ‘nah, I’m open to date all races,’ but that’s a lie, you know, it’s not true.”

Montgomery understands that some people may consider his views racist, self-hating even, but he doesn’t care.

“Yes, my view is controversial however this is my standard and I stand behind my opinions,” he insists.

He continues: “The definition of racism is someone who believes their race is superior. I don’t think other races are inferior to me–only that the white race is superior to me. Besides it’s not racism, it’s a preference, I am attracted to white guys. Do you call someone who doesn’t date tall people heightist?”

Montgomery also believes that white privilege is a myth and says that Asian men who feel discriminated against where they live should move somewhere else.

As for finding true love, Montgomery says he’s still searching for his soulmate, saying the his only criteria are that the guy is easy-going, confident in himself, and, of course, white.