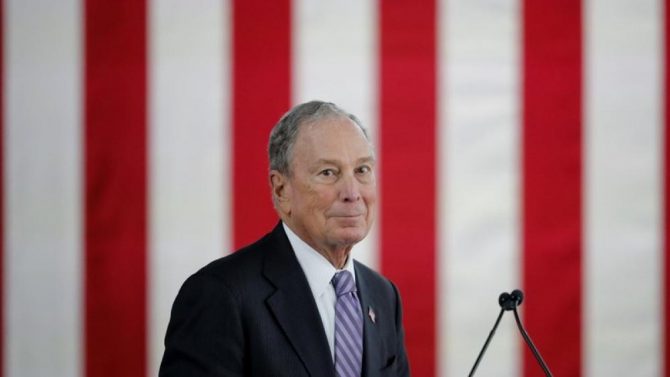 Democratic Presidential candidate and former New York Mayor Michael Bloomberg has issued an apology for a 2016 incident in which he referred to transgender people as “men in dresses” and “it.” The candidate has also come under fire for allegedly misleading voters about his support of marriage equality.

In a statement to NewNowNext, Bloomberg lamented his past remarks, offering up his mea culpa. “It was a poor attempt to describe how some who oppose transgender equality think about this issue—and those words do not reflect my unwavering support for equality for transgender Americans,” Bloomberg said in is statement. “I want to offer my sincerest apologies to the members of the transgender community. As mayor, I signed a sweeping transgender civil rights bill and, as president, will promote policies that advance equality for transgender Americans who have been attacked by the Trump administration over the past three years.”

The apology follows weeks of criticism of Bloomberg for alleged homophobic and transphobic remarks. No sooner had Bloomberg issued his statement, then New York Governor Andrew Cuomo–a fellow Democrat–slammed Bloomberg over claims that he, Bloomberg, is responsible for ushering in marriage equality in New York in 2011.

Related: Michael Bloomberg was eviscerated on stage at last night’s debate. And then came the memes…

Here' Gov. Cuomo's comments about Bloomberg and his role in same-sex marriage. Republicans today downplayed his role in the vote, though Bloomberg did meet with them at the time pic.twitter.com/UkUmcVdckG

Cuomo denied Bloomberg’s claims the following day during a press conference, labeling them “demonstrably false.” “You should not say something that is demonstrably false, on an immediate basis,” Cuomo said. The governor went on to point out that while Bloomberg did favor marriage equality and met with New York Senate Republicans to discuss the issue, only four GOP Senators ended up supporting the bill. “Mike Bloomberg had nothing to do with it,” Cuomo said. “They did it out of conscience.”

According to Spectrum News, three of the four senators said they had little contact with Bloomberg and cited Cuomo as the driving force behind their votes.