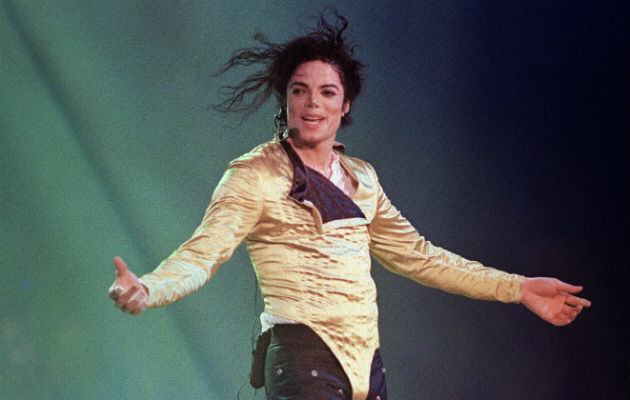 Everyone has a celebrity they’re convinced they look like. Usually this comes up in conversation along the lines of “People always tell me I look just like Antonio Banderas.”

“I don’t see it,” is the typical response, because let’s be honest, he looks nothing like Antonio Banderas.

One woman’s so-called boyfriend does not fall into this camp, however.

Twitter user Lourdes shared a photo of a man in a car, writing, “Y’all my man is so cute, look at the selfie he just sent me.”

The photo was retweeted 2,400 times, was liked nearly 9,000 times, and received 3,000 comments from people who just couldn’t even with how much this mystery man looks like Michael Jackson.

y'all my man is so cute, look at the selfie he just sent me ?? pic.twitter.com/VHbnk5xLM3

The shot even has Google convinced.

Search for images based off the above picture, and here’s what you’ll get: 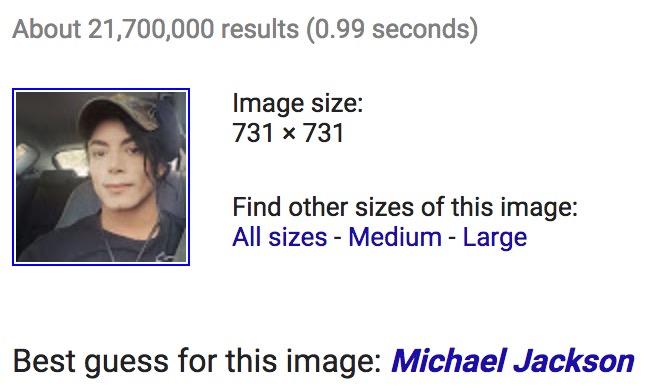 The jokes have been absolutely nonstop:

He shouldn't take selfies while driving. He might get hit by a smooth criminal

He wanna be starting something

Does he rock with you all night?

But one has stood out from the rest.

A woman named Annie tweeted the following, which has received a staggering half-million likes:

Your man just asked me if I'm ok https://t.co/otNjdbO9vS

And that started the joke machine all over again:

Your man just told me I rock his world

Your man looks like he called you asking if you remembered the time??

Is it cause he wants to make love til break o'dawn, then show you the way to go?

Your man makes me wanna scream

It's because of the way he makes me feel. Really turns me on

I just asked him why. He just told me that it's human nature smh

It’s just another day on the internet…