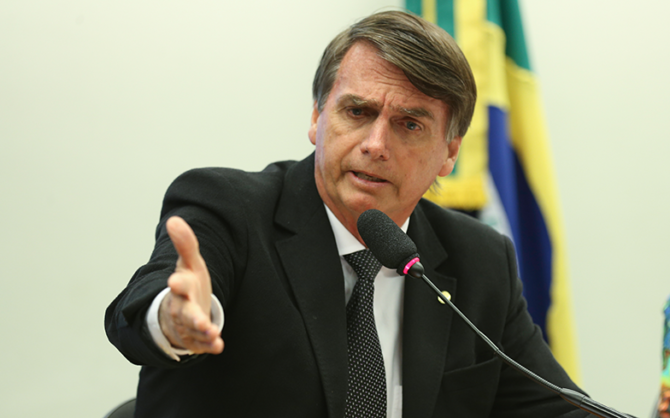 He signed executive orders removing all LGBTQ issues from consideration in his human rights ministry, according to the Associated Press.

Bolsonaro’s stance on queer and trans issues was hardly unknown to the electorate that elevated him to office. The “proud homophobe” has previously said he’d have a “dead son rather than a gay son” and that parents should beat their children if they suspect them of being gay.

Still, the executive orders come as a blow to the LGBTQ community, putting vulnerable lives at even greater risk at a time when the country, and the world, are deeply divided.

In her first public statement as minister of Bolsonaro’s new human rights ministry, Damares Alves, a former evangelical pastor, said: “The state is lay, but this minister is terribly Christian.”

In anticipation of the possible erosion of LGBTQ rights, many same-sex couples rushed to get married before Bolsonaro took office, worrying that he may reverse the country’s 2013 marriage equality law.

“The human rights ministry discussed our concerns at a body called secretariat of promotion and defense of human rights,” LGBTQ activist Symmy Larrat told the AP.

“That body just disappeared, just like that. We don’t see any signs there will be any other government infrastructure to handle LGBT issues.”

Both Donald Trump and the US’ United Nations Ambassador, Nikki Haley, tweeted messages of support to Bolsonaro after he was sworn into office.

Secretary of State Mike Pompeo also said the president is confident the new relationship between the two countries “will benefit the world and the set of shared values that we believe we can together advance.”