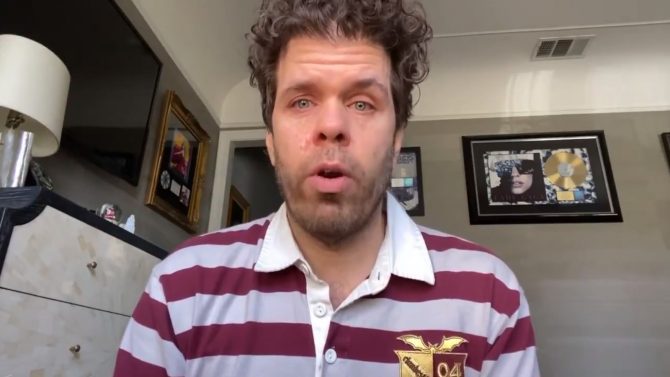 In an interview with The Sunday Times last week, notorious gossip blogger Perez Hilton said he doesn’t expect to ever be forgiven for his past behavior.

“I am irredeemable in the eyes of most,” the 43-year-old said. “No matter how much I change, grow, evolve, apologize, they refuse to see me for who I am today.”

Hilton made a name for himself in the mid-2000s in large part by targeting closeted celebrities and outing them to the world, often giving them degrading nicknames and sometimes going so far as to publish their nudes or screenshots from their private dating profiles.

He has since apologized for this behavior and says he no longer engages in these vile practices, but, he’s right, a lot of people still find what he did “irredeemable” and no amount of apologizing will ever undo the pain he inflicted.

Scroll down for just some of the LGBTQ celebrities Hilton has targeted over the years. Fortunately, because Karma is only a bitch to those who truly deserve it, many of these people are thriving today…

The *NSYNC crooner was forced to make a public statement about his sexuality in 2006 after Hilton nicknamed him “Princess Frosty Locks” and wouldn’t stop posting cruel articles about him. In 2007, Bass told Attitude, “Two years before I came out I was really bullied on the internet by bloggers. That’s when Perez Hilton just started and was just really malicious against me.” The singer finally came out in an exclusive interview with People “because of the bloggers like him hounding me.”

In 2007, Hilton outed the Prison Break star by claiming he was secretly dating up-and-coming actor Luke McFarlane. Hilton also cited a source that claimed, as a result of his new gay lover, Miller had become “very difficult to work with” then he criticized the two for looking like “they could be brothers” and calling them “narcissists.” McFarlane came out publicly a year later after landing a role on the hit show Brothers & Sisters. Miller came out publicly in 2013 in a letter posted to GLAAD’s website. That same year, he gave a speech at an HRC dinner where he talked about his struggles with mental illness and attempting suicide because of his sexuality.

Speaking to Big Think in 2010, Hilton questioned why the beloved CNN anchor still hadn’t come out publicly. “He’s choosing to remain in the closet even though everybody knows he’s gay,” he said. Then, without any hint of irony, he added, “And that’s okay because it’s his story to tell if and when he’s ready.” In the same interview, Hilton also criticized Kevin Spacey and Jodie Foster for being closeted, saying, “Visibility is key. The more straight people see that there are gay folks out there, the easier it is for us to achieve change, the easier it will be for us to get marriage equality, the harder it is for people to hate.”

Last June, the actor opened up about that time he, too, fell victim to a vicious outing campaign led by Hilton in 2006. “[He] started posting about me and asking people to come forward with truths or stories,” Harris recalled. “Then it became apparent that I needed to make some sort of decisive respectable move.” The actor added that his biggest concern was coming out in a way that was kind to his husband. “It wasn’t simple for me,” he said, “but I tried to represent myself well.”

During her well-documented struggles with substance abuse in 2008 and 2009, Hilton frequently wrote about the Mean Girls actress’ rumored relationship with Samantha Ronson, who he referred to as “DJ SaMANtha Ronson.” Lohan has never spoken much about the relationship, as if her right, though a few years ago she did tell Howard Stern, “We were friends more than anything. We were always more like best friends as well.”

The ABC Family actor came out publicly in 2013, five years after Hilton published a “new couple alert” outing him and his then-boyfriend, Jonathan Bennett. Dallas made the announcement on Twitter when he said he was engaged to musician Blue Hamilton, telling followers: “Starting the year off with a new fiancé @bluehamilton. A great way to kick off 2013.” As for Bennett, he was dogged by gay rumors for years until 2018 when he finally came out publicly, saying he was proud to be LGBTQ but “If I was straight, I wouldn’t talk about my relationship. So why should I talk about it because I’m gay?”

In 2013, Hilton said he didn’t out people anymore then proceeded to criticize the actress/singer/rapper/producer for still being in the closet. The judgmental remarks came years after he posted photos of her and a “lady friend” allegedly going “for a romantic stroll around the neighborhood in West Hollywood” in 2007. While receiving the BET Lifetime Achievement Award this past June, Latifah mentioned her longtime partner, Eboni Nichols, and their son, Rebel. She ended her speech by wishing viewers a “Happy Pride!”