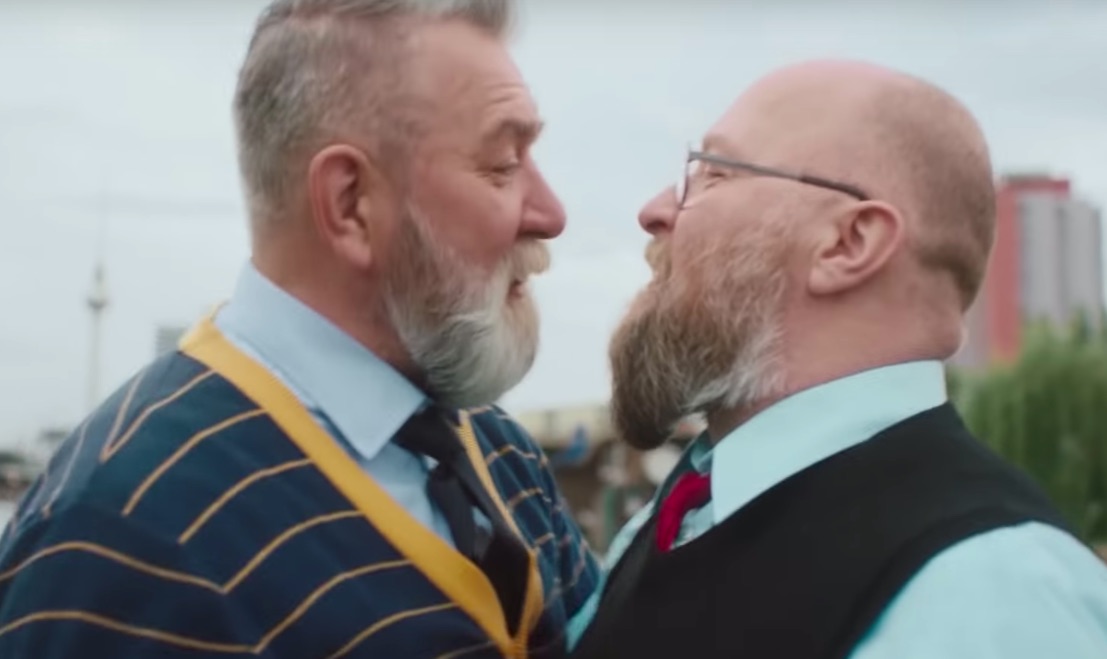 Burger King just released a Pride month ad which is the only fast-food commercial where an ultra-burnt burger gets turned into a diamond, there’s a gay wedding and someone drops an f-bomb.

In the ad, Burger King flies Dima and Alvar — a silver bear couple from an unnamed east European country without same-sex marriage — to Germany to get married. But because this is a commercial and they’re not just selling “love,” Burger King first chars the ever-living f*ck out of one of their Whoppers and compresses its carbonized ash into a diamond for the couple’s wedding rings. (We assume the diamond smells like a meat patty and onions.)

It’s actually super adorable to see the couple being all lovey-dovey as they prepare for their special day. At one point, one of the men being fitted for wedding attire actually proposes on camera, reducing his mate to tears. Then, when the wedding officiator asks each one if they take the other as their lawfully wedded hus-bear, the latter answers, “I absolutely f*cking do.”

We imagine dumb hate groups like One Million Moms will now call for a Burger King boycott because this commercial teaches kids to swear and marry bears, but whatever — it’s a pretty cool commercial and we kinda wanna be in a couple like that when we grow up. (Especially if a fast food joint pays for our schmancy destination wedding.)

We also hope Burger King starts selling diamonds made out of their burnt food.

This isn’t Burger King’s first Pride promo, of course. In 2014, the company briefly sold a Pride Whopper during San Francisco Pride that was (surprise!) just a normal Whopper wrapped in rainbow butcher paper that read, “We are all the same inside.”

That may sound corny, but it reportedly earned the company “over one billion media impressions (worth $21 million of earned media), 7 million video views, 450,000 blog mentions, and became the number one trending topic on Facebook and Twitter.”

That’s a lot of beef for just one burger.