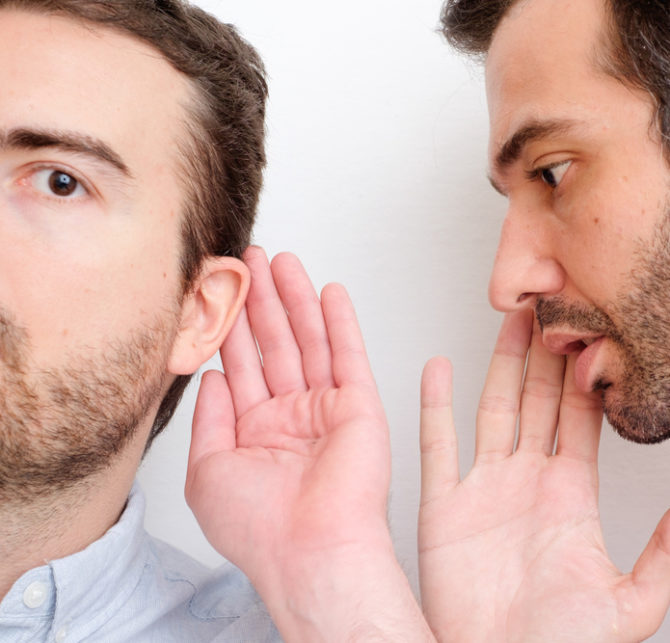 In a recent post about guys discussing their least favorite parts about being gay, we asked you, our faithful readers, what you thought was the most frustrating part of being LGBTQ. Let’s take a look at what you said…

A lot of readers said their least favorite part about being gay was dealing with the constant threat of having their rights stripped away:

Then there were those who expressed disappointment over the lack of kindness LGBTQ people can have for one another:

“My least favorite thing is how mean we are to each other. Our community asks everyone to be accepting and tolerant of us, yet we can’t even be nice to one another.”

Related: Guys discuss their least favorite things about being gay

Some folks expressed frustration in society’s constant need for them to label themselves:

“The social need to be buff or bearish, extremely butch (or on the other side of the spectrum, extremely effeminate), and/or witty/ironic/sarcastic beyond measure,” one reader wrote. “It’s all tiring on a constant basis.”

“I don’t consider myself gay or straight or bi,” another person added. “If I like you for who you are, I will date you no matter what your gender is.”

Other people talked about the struggles they face for not identifying as liberal or making LGBTQ issues their main political focus:

“My least favorite thing about being gay is the assumption that I must have extreme left wing views on everything,” a reader explained, “and that gay issues should be my number one concern in life.”

He continued, “I’m fairly moderate, some of my views are liberal, some are conservative, but that’s really not allowed to be an option anymore. You’re either a left wing, tree-hugging hippie, or a right wing, abortion-hating Trump fanatic, and if you’re gay, God forbid you be on the wrong side.”

To which someone else replied, “Dude, your very astute sentiment could have been extracted from my own brain, word for word.”

But the most common complaint people brought up was age and ageism within the LGBTQ community:

“Being gay and 60 or older,” one reader wrote. “Seems like hitting 60 we no longer exist for most.”

“When you’re an old gay guy, in a retirement home,” another person said. “Nothing in common to speak with the other old straights. Now what to do?”

One person on Facebook commented, “Ageism. Disrespect towards elders.”

To which someone else replied, “I fully agree. I am guilty of it myself. Our LGBTQ elders don’t get enough respect.”

“Young gay people don’t know the half of it,” another person chimed in. “There are many elderly gay homeless. There aren’t any affordable gay retirement homes. The depression that comes with not being able to support yourself in old age. Unless you’re well off or in a financially supportive relationship, things can be tough.”

Related: Queer millennials share the stupidest questions they’ve been asked about being LGBTQ