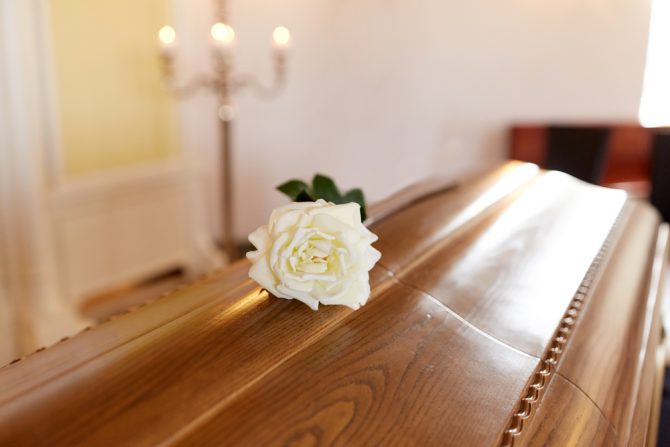 Bill Edgar is a professional “coffin confessor.” People hire him before they die to do things like crash their funerals, posthumously delete their internet browser histories, or clear out the drawers of their bedside tables before their loved ones can see what’s inside.

Speaking to the New Zealand Herald, he says one 88-year-old man called him from the hospital and hired him to go over to his house and get rid of some “personal items” before he died and his son discovered them.

“I was pretty shocked,” Edgar says. “It was like a sex dungeon.”

Edgar, who trained to be a private investigator, says he has destroyed everything from sex toys to drugs to pornography. You know, all that stuff everyone has but doesn’t want everyone else to know they have.

In regards to funerals, Edgar says people will often hire him to ensure their final wishes are fully carried out by their family members who they fear may not otherwise abide.

Several women have asked him to make sure they are buried in “sexy lingerie.” Many others have asked that he slip their cellphones into their coffins before they are laid to rest.

Then there are those who want their funerals crashed.

One deceased asked Edgar to interrupt their funeral service by telling the priest to “shut up.” Another asked him to go to their wake and inform his brother that he had been sleeping with his wife for six years.

But perhaps one of the strangest requests Edgar ever got was from a man who asked him to go to his funeral, walk up to the microphone, and tell everyone “that their best mate was gay and the lover was in the audience.”

“They took offense to it but there was a number there that already knew,” Edgars recalls.

“The bikies were a bit upset but to be honest, the true friends already knew and said ‘we don’t care’. The lover did come and speak to me about a week later, top bloke.”

As far as Edgars knows, he is the first and only “coffin confessor” in the world. He recently inked a deal with a film producer for “a movie or drama series” about being a coffin confessor.

“I can’t say anything more because I don’t know where it’s going,” he says, adding that he would like whoever plays him to have a voice like Russell Crow but to be younger than he is now.

“I think a lady would do well,” he says. “Someone younger, more in your face but at the same time compassionate. That’s why I think a woman would be better. That’s up to them, I suppose.”