A man has shared details of how his family rejected him when he came out as gay. However, being diagnosed as HIV has enabled him to forge a much closer relationship with his Muslim father.

In fact, the two men are even planning on creating a father-son clothing line together.

Shareef Hadid Jenkins, 42, originally comes from Lancaster, Pennsylvania. He now lives in New York City. He told his story in video format for I’m From Driftwood. The site is a groundbreaking online platform showcasing LGBTI stories and oral histories.

Shareef says he always knew he was different when growing up, and was bullied at school because of it. When he came out to his mum, she responded, “There’s Adam and Eve, not Adam and Steve.”

“When I came out to my father, he was livid. Actually, he went to a frat brother of his who is a psychologist and took me there and said ‘Cure my son.’ And the psychologist told him that I am gay and that he has to accept it.”

“So his version of acceptance was, Okay, we’re gonna take you to the mosque every night, you’re going to learn how to be a man and you’re gonna learn how to have willpower so that you don’t act on being gay, you don’t think about men, and that’s the way it’s going to be.

“And after a couple months of that, I tried to kill myself. So I took a lot of pills and, thank God, I didn’t die. I just woke up and my father was standing over me and he said, ‘Okay, if you’re going to be gay, I can’t do anything about it. You just can’t be gay in my house.’ So that’s when I was on the street without my parents.”

Shareef was taken in by a home for runaway kids. Around 2-3 years later, his father reached out to him and they began to call each other occasionally on holidays. His father still did not wish to discuss his son’s sexuality.

Related: Yes, it’s possible to be bisexual AND Muslim and this guy’s here to prove it

Shareef moved to New York City and lived with a boyfriend. A burst appendicitis led to an emergency dash to the hospital for Shareef – at the insistence of his boyfriend.

“My father came the next day with his wife. He took my boyfriend’s hand he said, ‘Thank you for saving my son’s life.’ And he sat down in the room. It was the first time in my life since coming out that he actively showed that he loved me and that the gay thing wasn’t going to stand in the way of his love.”

His once-in-a-blue-moon five-minute phone calls with his dad turned into ten-minute calls.

A few years passed, and Shareef discovered he was HIV positive. Unable to face telling his parents, he instead told them he had cancer. He couldn’t find the words to tell them he had HIV.

“They called me a lot more, they – my dad came up. He took me to dinner. And then I told him I was HIV positive.

“And he cried. He told me that, you know, “You’re my only son. I’m your only father. We only have one life. A week isn’t going to go by without me talking to you.”

“It was almost like him saying, All this homophobia that I was holding onto is not worth not having my son in my life. Because he felt like that was it. I’m about to lose you and I’m not going to take that. And that kind of love coming from parents who threw me out was unexpected. It was what lifted me out of the depression of ‘Oh my God, I have HIV.’ It gave me life.”

“So today, I run a business, a non-binary fashion company. I make harnesses, underwear, jumpsuits. My father designs scarves, bags. 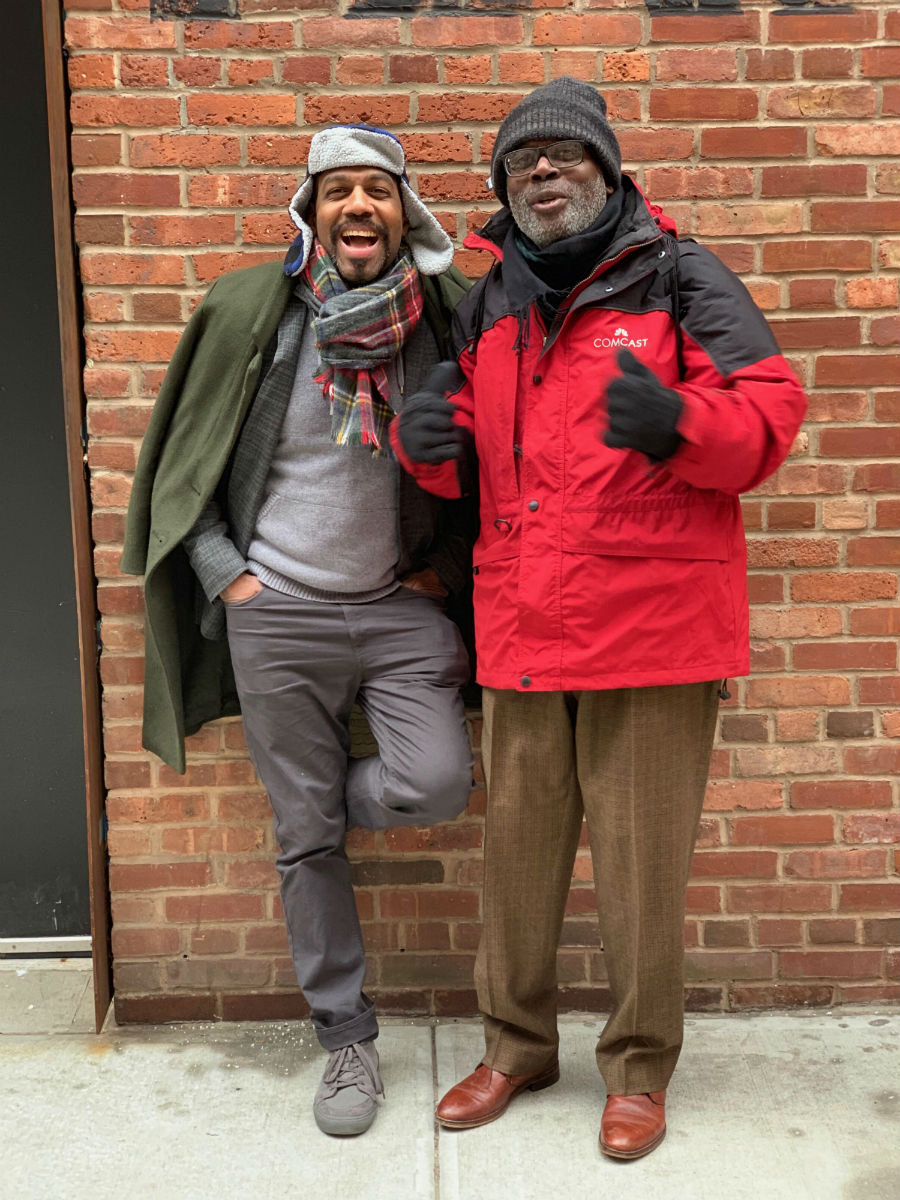 “That’s coming a long way from being a child who my parents are like, Get out, to actually, like, not only seeing my father for more than five minutes at a time, but working with him on a business, father and son business. And I see this makes him happy and it makes me feel joy.”

Related: How one Oklahoma church decided to push back against Christian homophobes

Shareef told Queerty he still has a rather distant relationship with his mom, but is OK with that.

“We know we love each other but basically we are both adults over the age of 40 who live our own lives and live far away from each other.”

His dad designs scarves and formal accessories under the name, Scarves by Rashid. Shareef designs underwear and harnesses under the brand name Boipkg.com.

“He came to me with the idea that we do a father son project together and so we are in the planning stages of that project, which has brought us together more. He comes to NYC from Philadelphia to go with me to retail conventions and to meet with manufacturers and to pick out fabric.

“My plan is to build both of our brands and create a third father and son brand as well.”

Shareef says his father is still very religious but now has a more live-and-let-live attitude.

“His philosophy is that your life is between you and your god.”