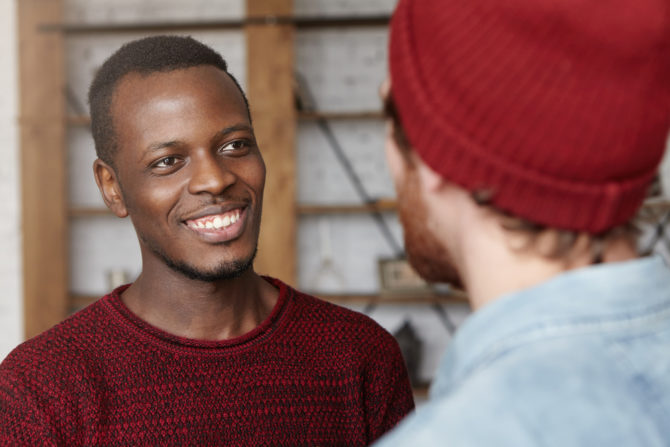 If you could see me now, the first thing you’d probably notice is this: I’m black. There’s no denying or hiding it–not that I ever would. So dear white men: It’s OK to call me as you see me. No need to tip-toe with “African American.” “Black” works just fine.

Although I often write about racism and stupid things some white guys sometimes say on Grindr, I don’t spend all my time scolding and correcting them in real life.

I prefer not to hear certain things–comments and questions about the alleged endowment of all black men being chief among them–but just because something can be misconstrued as racist or tone deaf doesn’t mean I object. Among them…

That’s what Kass, the Czech guy I’m dating in Prague, asked me when he sent me a tweet with a picture of a five-year-old boy named Klansmyn.

I wasn’t as amused as he was, but I understood why he got the giggles. Racism can be funny. But there’s a difference between laughing at the idiotic lengths to which racist parents will go, or at an episode of All in the Family, and laughing at a person cracking racist jokes while wearing blackface.

Kass once told me a story about a white friend who got all judge-y on him when he shared a tweet comparing the rapper A$AP Rocky to the titular star of the 2002 movie Scooby-Doo.

Not really. There’s a difference between comparing black people to monkeys, apes, and gorillas, and pointing out that a photo of a black man wearing a Gucci scarf over his head makes him look like an animated character that happens to be a dog from a specific movie scene. 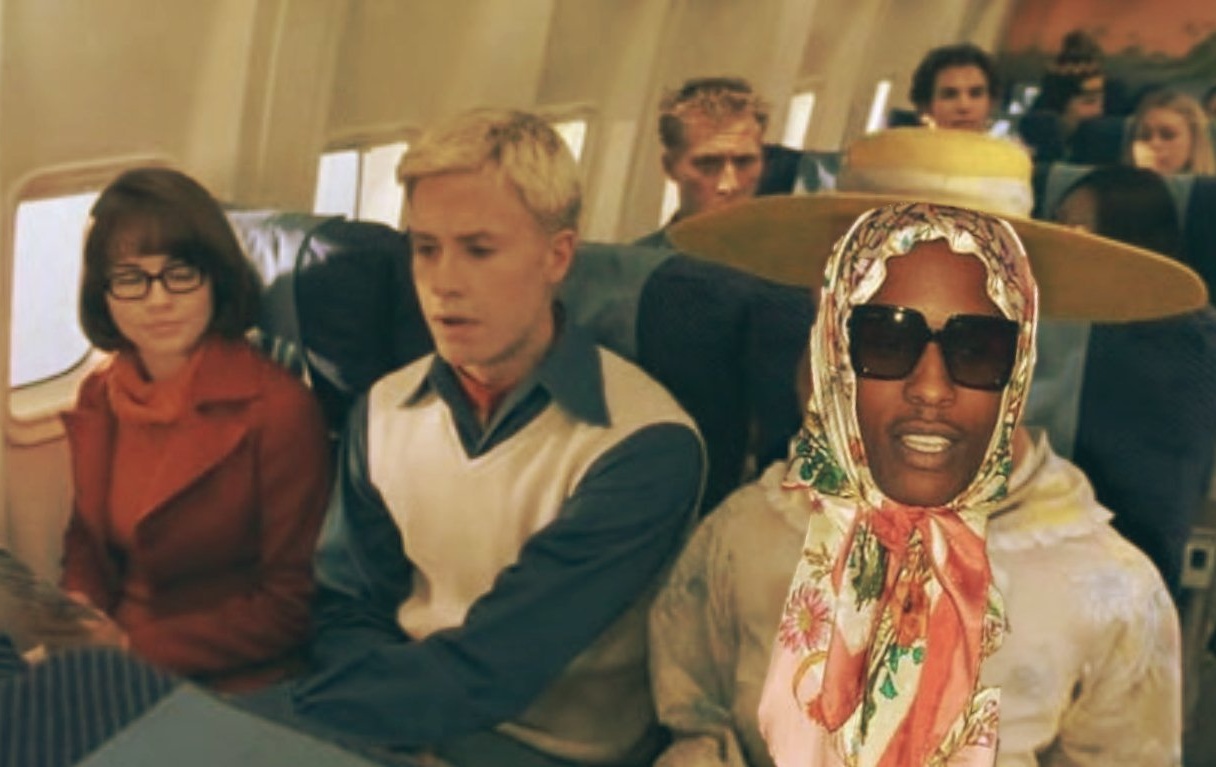 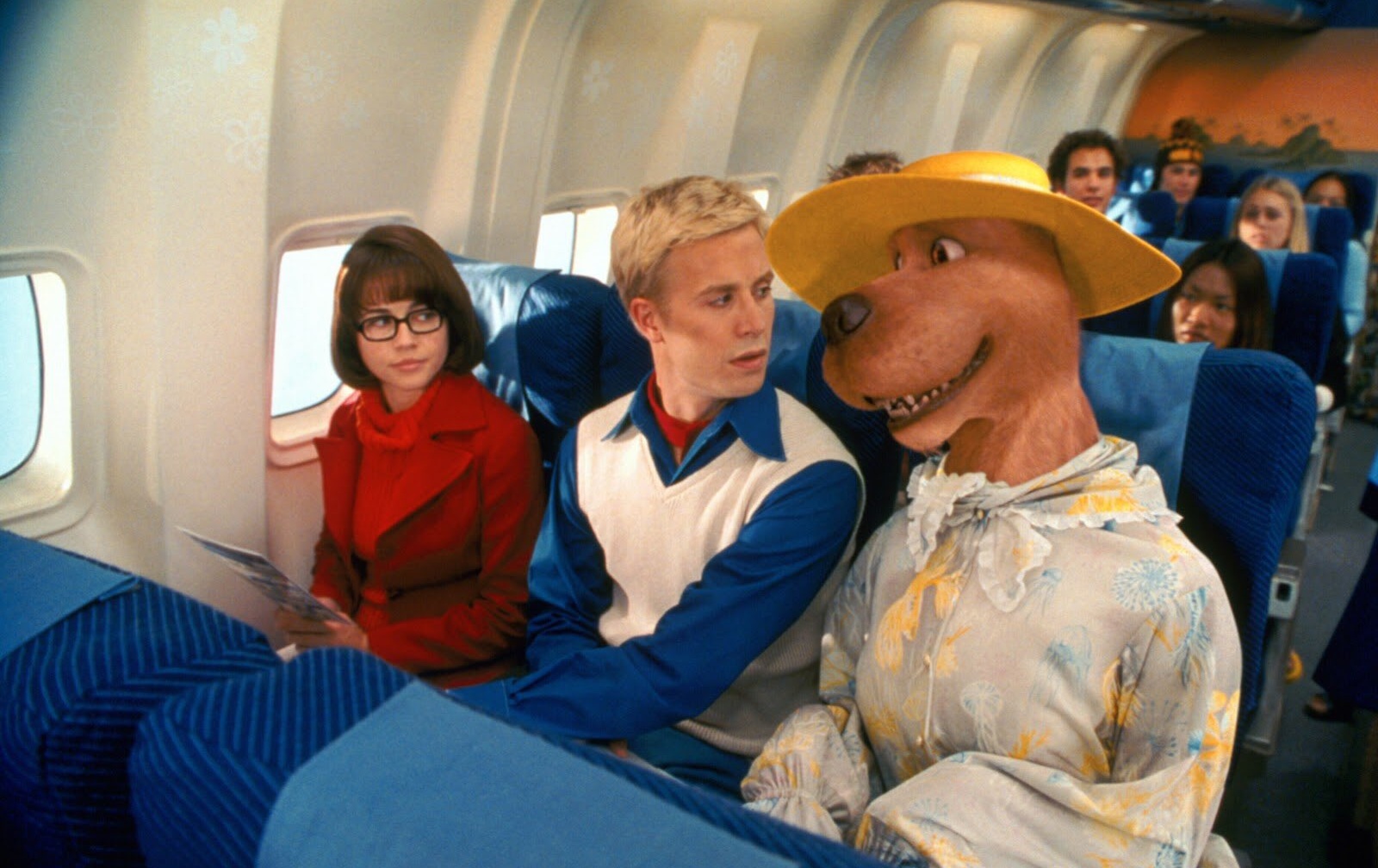 Morrissey once said in an interview that he’s not a fan of rap because all rappers sound alike. To me, it was a ridiculous thing for a musician to say.

Yes, rap, like all forms of music, can be repetitive and superfluous, but if you can’t tell the difference between, say, Drake and Jay-Z, you probably need to have your hearing checked.

Morrissey’s words had the whiff of “All black people look alike.” That said, if hip hop isn’t your thing, if you’d rather listen to Cole Porter than J. Cole, fine. I’m perfectly happy to use Deborah Harry and Iggy Pop singing “Well, Did You Evah!” as a sex soundtrack.

4. “I secretly didn’t like Black Panther… or BlacKkKlansman… or If Beale Street Could Talk.”

I love that black cinema has never been more Oscar-caliber. That doesn’t mean everyone has to like all of it. I wouldn’t side-eye a white guy because he’d rather Netflix and chill with Roma.

Not feeling one of us isn’t the same as not feeling any of us.

6. “Bill Cosby deserves to be in prison, and R. Kelly should join him!”

Whites don’t have to be #TeamBlackStar to please me. It’s not like R. Kelly’s fans aren’t still streaming his music in droves. And although John Legend has spoken out against him, and Lady Gaga and Celine Dion removed their R. Kelly duets from streaming services, many of his other famous collaborators are standing by the man through their silence.

He’ll be OK without us on his side.

I’m an ally when I need to be, but I have no problem calling out black celebrities, even for crimes less serious than sexual assault. Some people might view the controversy over the homophobic past of would-be 2019 Oscar host Hart as Hollywood racism in action, but it’s not like the LGBTQ community only goes after black people for saying and doing dumb things.

If white people are uncomfortable criticizing black celebrities around me, they should pretend they’re hating on Eminem.

I appreciate a white person who doesn’t ignore the elephant in a crowded room when I’m the only black person in it. Being racially aware, however, need not devolve into whitesplainin’. I once had dinner with a white Scottish guy in Cape Town who frowned when the waitress put the check on the table between us but closer to him.

“That used to happen all the time with my black boyfriend,” he announced. “The waiter always laid the check down in front of me.”

When I said I didn’t have a problem with where she put the check, he tried to explain to me the intricacies of black, white, and delivering restaurant bills. I’m always up for a robust discussion about racism, but I live with it every day. I know it when I see it, and I’ll never need a white person to explain to me how it works.

I believe to condone or ignore racism is to be complicit in it, but I wouldn’t hold the sins of the parents or grandparents against the younger generation, not even after grandma asks if her grandson’s new black boyfriend’s penis is black, too. And yes, that actually happened.

“N—-r” stings–especially when it’s used by a person who isn’t black. But I don’t expect white people to use “the N-word” for the N-word when talking about racism.

Green Book‘s Viggo Mortensen recently caught flak for not using “the N-word” when describing the racial politics of the 1960s. My take: If you aren’t going to crucify an actor for playing a character who says it onscreen, why nail an actor to the cross for saying it when trying to make a historical point in real life?

The next time I’m Spotify-ing with a white guy who’s rapping along to Kendrick Lamar’s “Humble,” I won’t expect him to use “the N-word” instead of the N-word–not when Lamar never does.