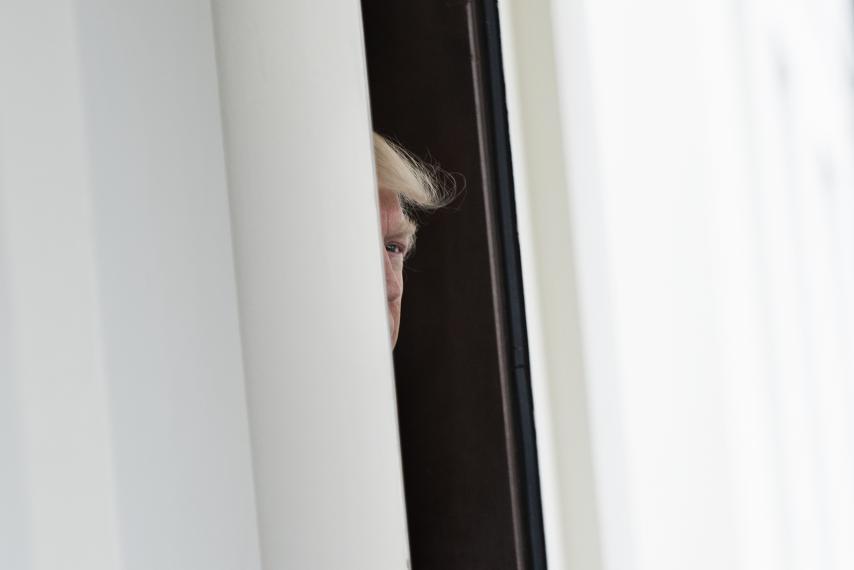 Donald Trump loves bragging about how many different magazine covers he’s graced over the years, even framing some of them and hanging them around his various properties. But somehow we have a feeling he won’t be doing that with the latest Newsweek’s cover.

The magazine’s most recent issue features a photo of Donald Trump looking rather, shall we say, frumpy, sitting in a La-z-boy recliner with a bag of Cheetos and other junk food, his smartphone, and a TV remote control.

Also emblazoned on the cover are the words: “LAZY BOY: Donald Trump is bored and tired. Imagine how bad he’d feel if he’d do any work.”

It then notes Trump’s accomplishes, or lack thereof, since taking office six month ago. Those accomplishments include 40 days at golf clubs and zero pieces of major legislation. 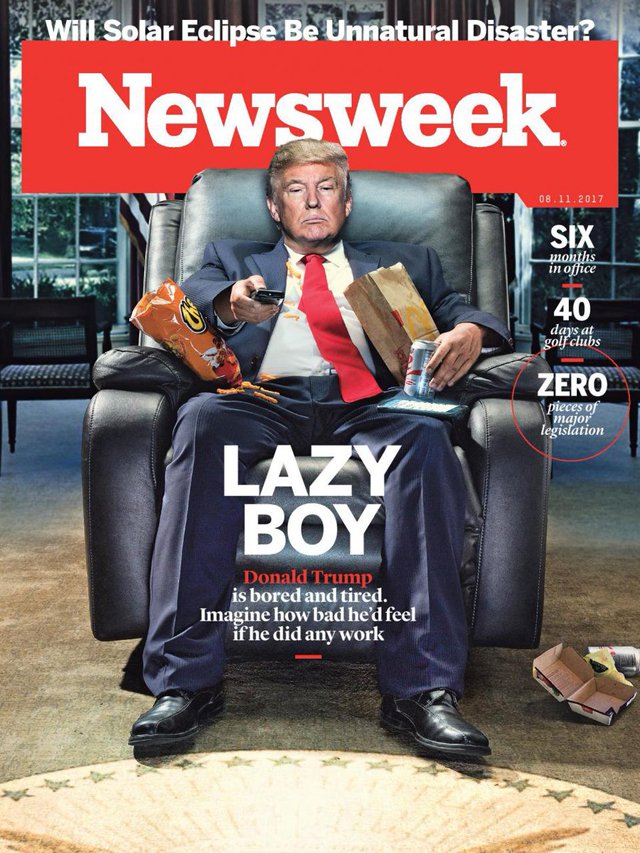 The cover story “Trump, America’s Boy King: Golf and Television Won’t Make America Great Again” questions how #45’s personal habits–his love of golf, watching TV, and tweeting–are the blame for much of the “disarray” happening within the White House.

Trump plainly wants his legacy to reflect that slogan on the baseball hat donned by his supporters. He wants to be the man who pulled America out of its postindustrial malaise, silenced talk of national decline and China’s ascent. But he can’t do that if he keeps sinking into his own debilitating malaise, weighed down by his shortcomings and an unwillingness to address them.