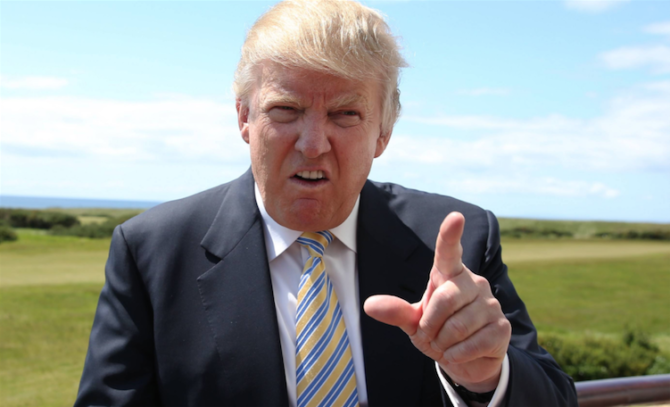 When Donald Trump was named Time Magazine’s ‘person of the year’, he used it as an opportunity to gloat. The irony, of course, was that being ‘person of the year’ is not necessarily a compliment, and upon further inspection, even the cover photo held clues that Trump’s impending presidency was doomed.

Still, that didn’t stop him from counting it among his many successes in life.

A Politico journalist even caught him with a stack of his ‘person of the year’ magazines on his desk, suggesting then President-elect Trump was handing them out as victory calling cards

Trump literally has an entire stack of Time Person of the Year Trump magazines on his desk (h/t to @ShaneGoldmacher for noticing). pic.twitter.com/LbdQd1C14T

Well there’s no way President Trump can spin Time’s latest cover as anything except what it is: a mirror held up to his disastrous first month as leader of the country.

Here’s what will hit news stands on Feb. 27: 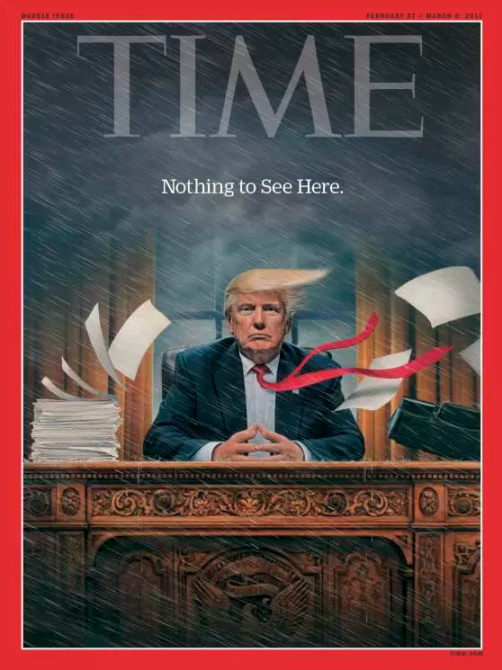 Somehow we doubt he’ll be keeping a stack of this issue on his desk in the Oval Office.

“Painting this cover was like imagining a movie,” Tim O’Brien, the cover artist, said. “I see it all in my head, the swirling rain, the wind blowing papers across the desk, the splats of the heavy raindrops on the desk. The e-mail from [TIME Creative Director] D.W. Pine asked if I could paint Trump in a storm. As soon as he asked I saw the image. A cartoonist might get the subject to react, to animate, hold on and grimace in the face of the wind. I saw it more as a dead pan look at us. In paintings, it is the contrast that creates the interest, in this case, the calm and the chaos.”

Expect a Tweet from Donald about the “failing” Time Magazine any day now, and watch their subscription numbers spike.