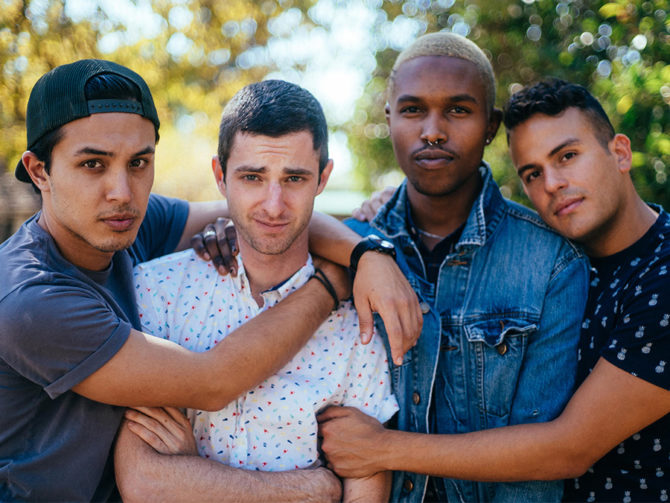 Season 2 of the web series I’m Fine premiered on Dekkoo this week and it tackles a subject that continues to be a very real problem in the gay community: anti-Asian racism.

The online comedy follows a diverse group of gay men as they navigate their way through life, love, and Los Angeles. The show is created, written and directed by Brandon Kirby.

One of the characters is Jeff, played by Asian-America actor Lee Doud. In the Season 2 premiere, Jeff goes on a date with a Caucasian guy who can’t seem to get over the fact that he doesn’t “look” Asian.

“Brandon and I got to talking about where Jeff’s story was heading,” Doud explains. “I told him I really wanted to address Jeff’s/my race.”

“I’m half Chinese and half Caucasian, and not only are Asian-Americans wildly underrepresented in film and TV but I also believe Asian-American men are desexualized in media.”

Related: Here’s what happens when an Asian man and white man switch Grindr profiles for 24 hours

Doud continues, “The date itself is more of an amalgamation of some experiences I’ve had as someone of mixed race, either being mistaken for another ethnicity or just not being ‘enough’ of one or the other to fit a stereotype or preconceived notion.”

Watch the uncomfortable and all-too-real scene below.